Canada’s tourism and travel sector says it is time for the country to ease border restrictions ahead of the summer season – including some international travel – even as the federal government looks to extend border closings.

“Just like we are reopening the front doors of our homes and businesses, we need to reopen the doors of our provinces, territories – and our country,” says the open letter directed at Prime Minister Justin Trudeau and the premiers. “Many of the travel restrictions currently in place are simply too broad or unnecessary.”

The travel limits imposed because of the pandemic have hammered Canada’s travel, tourism and hospitality sector, which employs 1.8 million people and is worth more than $100-billion annually to the economy, according to the tourism roundtable, which includes chief executives of the Business Council of Canada, the Canadian Chamber of Commerce and the Tourism Industry Association of Canada.

The open letter is appearing as a paid advertisement in The Globe and Mail on Thursday. The Globe was not paid to write an article about the business groups’ statement.

Before COVID-19 arrived in Canada, the luxury rail company Rocky Mountaineer was preparing for a busy year, with 80 per cent of its bookings already in hand. The company had spent more than $10-million promoting its 2020 tours between Alberta and British Columbia. Now, tours have been suspended until the end of July, and company president Steve Sammut says he expects to make a decision in the coming week about the August schedule – and possibly the rest of the season.

“We’re the poster child for what this pandemic can do, in terms of having a devastating impact on business,” he said. The company has laid off half of its 300 full-time employees, while 500 seasonal workers have been told that there are no jobs for them in the foreseeable future.

In addition to the federal border restrictions, a number of provinces and territories have limited travel between provinces. The boundary between Alberta and British Columbia is not closed, but public-health officials in both provinces are discouraging non-essential travel, and telling residents to plan to vacation this summer in their home province.

“I can’t wait to give the thumbs up to British Columbians to start moving around,” B.C. Premier John Horgan said Wednesday. B.C. is expected to give a green light to recreational travel within the province by the end of June. However, Mr. Horgan said that the broader travel restrictions are likely to remain.

His province pressed Ottawa to close the border with the United States, and installed provincial oversight to ensure that international arrivals adhere to the mandated quarantine period. He said he is not prepared to relent now, since the pandemic is still active. “We’re going to maintain absolute vigilance on keeping our borders closed until adjoining communities have better results when it comes to managing COVID-19,” he told reporters.

Alberta is only slightly ahead of B.C. in lifting travel limits. “At this time, we are encouraging Albertans to travel responsibly within our beautiful province,” Alberta Health spokesperson Tom McMillan said in a statement.

“We are recommending that Albertans not travel outside the province, unless it is absolutely essential.” He said that will change when Alberta moves to the next stage of its relaunch, but no date has been set.

But local travel won’t fill the gap for many tourism operators that rely heavily on international tourists. For Rocky Mountain, Canadian passengers make up just a small fraction of their ridership. “We just don’t feel any level of confidence that we’ll be able to run our trains at all this season, so it is a real struggle for survival," Mr. Sammut said.

A source with the federal government said Ottawa is expecting that the current arrangement with the United States, in which non-essential travel is banned but cross-border trade can continue, will be extended past the current June 21 expiry date. But cabinet has not made a final decision. The Globe is not revealing the identity of the source because they weren’t authorized to speak publicly on the matter.

Asked about the future of that travel ban Wednesday, Deputy Prime Minister Chrystia Freeland said the current policies are keeping Canadians safe. “The arrangement we have today is working and it is working very well,” she said.

Walt Judas, CEO of the Tourism Industry Association of BC, said certainty around domestic travel would be a first step. “When domestic travellers will be welcomed, that will be extremely helpful to our industry.”

But he said the industry is also proposing pilot projects that would allow some international visitors to be tested for COVID-19 and then allowed to travel to a specific destination, such as a back-country lodge, where they would effectively serve their quarantine period at a chosen location.

A spokesperson for Economic Development Minister Mélanie Joly said it will be up to provincial jurisdictions to decide when to open up to domestic travel.

“As the summer season approaches, we invite all Canadians to discover their big and beautiful country, while respecting the health and safety measures put in place by local authorities,” Jeremy Ghio said. 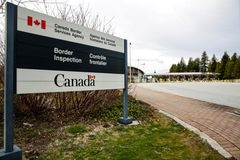 COVID-19 cases are on the rise among young adults, but health experts aren’t sure why
June 10, 2020 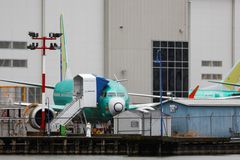 Follow Justine Hunter and Marieke Walsh on Twitter @justine_hunter @mariekewalsh
Report an error Editorial code of conduct
Due to technical reasons, we have temporarily removed commenting from our articles. We hope to have this fixed soon. Thank you for your patience. If you are looking to give feedback on our new site, please send it along to feedback@globeandmail.com. If you want to write a letter to the editor, please forward to letters@globeandmail.com.
Comments