The ruling overturning the approval of the Trans Mountain pipeline expansion underscores Ottawa’s constitutional obligation not only to listen to First Nations but also to reflect their concerns in final decisions.

It is a standard the federal government has once again failed to meet in its push for a major resource project, the court said.

A series of landmark court judgments stretching back more than a decade have laid out a road map for governments seeking to approve such projects, a key priority for a federal government also focused on Indigenous reconciliation. Experts say judges have been fairly clear about what is expected, most recently in the failure of the Northern Gateway pipeline that was also intended to run from Alberta’s oil sands to the B.C. coast.

“It sounds so much like what the Crown was doing in Northern Gateway - you wonder why the Crown wasn’t able to learn its lesson from that debacle,” Gordon Christie, a professor at the University of British Columbia’s Allard School of Law, said in an interview Thursday.

The Federal Court of Appeal ruled unanimously that the federal government failed to adequately consult First Nations whose traditional territories and rights would be affected by the expanded Trans Mountain pipeline.

The judgment said the government and the National Energy Board approached consultations as one-way conversations; First Nations could voice their concerns, and the government would listen. What the government failed to do, the court ruled, was to take those concerns seriously and actually find ways to accommodate them, when possible.

That left First Nations with a venue to raise complaints with a government that appeared to have little intention of addressing them.

“Meaningful consultation is not intended simply to allow Indigenous peoples ‘to blow off steam’ before the Crown proceeds to do what it always intended to do,” the judges wrote.

The court ruling outlines a process that unfolded in phases, the most significant of which were National Energy Board hearings and, in what’s known as Phase 3, direct talks with First Nations. The federal government relied on the National Energy Board to handle most of those consultations, which the court said was a reasonable approach.

But the court said there was no one at the table who could “engage interactively” — someone empowered by cabinet to discuss potential accommodations that could address Indigenous concerns. And when it was time for cabinet to make a decision, the government acted on the incorrect assumption that it did not have the power to impose additional requirements to address First Nations' concerns.

“Their consultation process was in effect note-taking,” said Squamish First Nation councillor Dustin Rivers, who goes by his Indigenous name of Khelsilem. “There was no meaningful addressing of any of our concerns throughout any of the process.”

Aboriginal and treaty rights were enshrined in the Constitution when it was patriated in 1982, but the precise nature of those rights has only evolved recently, largely in cases out of British Columbia.

A pair of rulings from the Supreme Court of Canada in 2004 involving logging and mining projects recognized the Crown’s constitutional duty to consult and, in some cases, accommodate, Indigenous communities when making decisions that could affect aboriginal rights.

The most dramatic shift came a decade later, in 2014, when the high court for the first time recognized aboriginal title and gave First Nations expansive control over their traditional territories. The ruling was clear, however, that Indigenous people do not have a veto over resource projects.

And in 2016, the Federal Court of Appeal rejected Enbridge’s Northern Gateway pipeline, ruling Ottawa had relied on a “brief, hurried and inadequate” process that failed to adequately consider Indigenous interests.

The Northern Gateway decision, which the government did not appeal, was issued in June 2016 — plenty of time to adjust before federal cabinet made its decision on Trans Mountain five months later.

Julie Abouchar, a Toronto-based lawyer who focuses on Indigenous and environmental issues, said the Northern Gateway decision should have helped guide the approach to Trans Mountain.

But she also said it’s not always clear what the government needs to do, since most of the requirements have been dictated by the courts, not set out in laws.

“What’s expected has never been articulated in legislation, and most of the details are not spelled out in the policy documents very clearly, so a lot of it is court-made law,” she said.

“We’re getting clarity as time goes on from court decisions, but sometimes the folks around the table may not have read those decisions.”

Globe editorial: The problem isn’t the pipeline, it’s the way it was approved
August 30, 2018 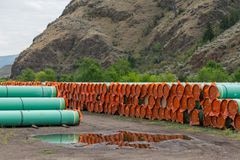 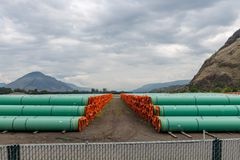 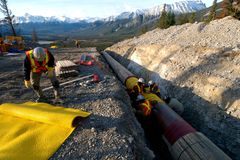 Follow James Keller and Wendy Stueck on Twitter @byjameskeller @wendy_stueck
Report an error Editorial code of conduct
Due to technical reasons, we have temporarily removed commenting from our articles. We hope to have this fixed soon. Thank you for your patience. If you are looking to give feedback on our new site, please send it along to feedback@globeandmail.com. If you want to write a letter to the editor, please forward to letters@globeandmail.com.
Comments