Vancouver’s transit authority is planning to significantly cut service by next month if it doesn’t get a sign that some kind of government help is on the way, as it loses half of its usual $150-million a month in revenue.

TransLink, one of the few transit systems in the country that operates separately from a city, has seen its ridership drop by 83 per cent from its previous record 500,000 per day to about 75,000 now.

“We’re pretty much at the end of our ability to hold on,” said TransLink chief executive officer Kevin Desmond, who initiated talks with the authority’s unions this week to plan for significant service reductions and layoffs in late May.

The agency, as well as mayors in the area, are calling on the federal government for help, but an internal e-mail obtained by The Globe and Mail indicates the mayors were getting a discouraging response to the argument that transit is essential to large cities during this crisis.

“Unfortunately, yesterday both the federal and provincial governments provided us with definitive answers that at this time they either do not have the capacity or interest at this time in ensuring that transit service is provided at adequate levels in this region. Both governments have suggested that transit service may not be required to help workers and the public access essential services during the pandemic, and that these people will find other options.”

The province’s Ministry of Municipal Affairs and Housing on Monday said it is in the process of assessing the effects of the drop in Translink’s revenue.

“We are working closely with the Translink board and the Mayor’s Council to get a good understanding of the reductions proposed and their impacts. Until that review has occurred, we can’t comment directly on Translink’s proposal - but that review will proceed urgently, and we’re committed to finding a balanced solution to the challenges facing Translink.” the ministry said in a statement on Monday.

Mr. Desmond said TransLink can’t afford to keep the system going at this level without help, he said, warning that all parts of the system will be affected, not just buses. It would mean reductions to the rapid-transit SkyTrain and Canada lines, the West Coast Express, which has already had its service reduced by 40 per cent, and the SeaBus, which is down to operating only one of its three ferries already.

TransLink gets its money from three principal sources. One is fares, which are down 90 per cent because buses have had their passenger capacity reduced to ensure safe distancing and because riders no longer pay when they board through the back doors,in an effort to protect drivers.

The second source of TransLink money is derived from gasoline taxes, which are down 60 per cent as everyone drives less. The last is property taxes.

Since TransLink isn’t part of a municipal government, like transit systems almost everywhere else in Canada, it isn’t backstopped by general city reserves.

The revelation about TransLink’s dire situation comes a day after Vancouver Mayor Kennedy Stewart warned that his city could be facing bankruptcy and is asking the province for up to $200-million to keep everything going.

Mr. Desmond said he is talking to the heads of transit agencies across the country and many are in the same state of drastic revenue and ridership drops.

But the Toronto Transit Commission says it is determined to avoid major service cuts, even as it racks up millions in losses due to reduced fare revenues. The agency says ridership is down to about 20 per cent of normal levels but that it is still maintaining around 70 to 75 per cent of its standard service.

Agency spokesman Stuart Green said that it had been a deliberate decision early in the pandemic, coming from TTC chief executive officer Rick Leary, to maintain as much service as possible.

“The TTC is a transit service unlike any other in the country; we are the biggest, serving the biggest city,” Mr. Green said Monday, noting that even the current reduced ridership amounts to hundreds of thousands of trips a day.

“The people that are riding right now are out there because they have to be. They’re either going to jobs that are important to keep the supply chain moving, or they’ve got medical appointments, or they need to pick up groceries and their only way around is on the TTC.”

- with a file from Oliver Moore in Toronto 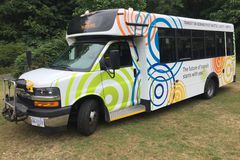 Vancouver-area mayors join forces on TransLink council to lobby for transit funding in next federal election
Subscriber content
May 23, 2019 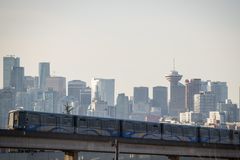