The Transportation Safety Board has ruled out rail activity as the cause of the deadly wildfire this summer in Lytton, B.C., dismissing a prime suspect and leaving residents without answers for the losses they have sustained.

During a record-breaking heat wave, a westbound Canadian Pacific freight train loaded with coal passed through Lytton at 4:30 p.m. local time on June 30 – 18 minutes before a fire was reported that destroyed the village and killed two people. Investigators believe the fire originated within two metres of the centre of the railway track.

“We are terminating this investigation,” Kathy Fox, chair of the TSB, told a news conference. “Based on the information we collected, we have no evidence to support that railway operations caused the Lytton fire.”

She said the TSB won’t disclose who was interviewed for the probe, but confirmed that officials did not speak directly with Lytton residents about what they observed.

The TSB did not file a report and did not make recommendations. The summary of the field investigation, released Thursday, notes that the agency did not open a file on the case until July 9, after prodding from the RCMP and the BC Wildfire Service.

The RCMP continues to investigate. “Significant progress has been made in investigation with respect to witness statements, interviews and the collection of both physical and digital forensic evidence that continues to be analyzed,” said B.C. RCMP spokesperson Dawn Roberts in a statement.

“The RCMP respects the importance of completing a thorough and comprehensive investigation, given the devastating impacts.”

James Carmichael, the TSB’s lead investigator, told reporters the months-long investigation was thorough, and included lab analysis of a coal-like substance gathered from a location on the west side of the track near the fire that B.C. wildfire investigators considered a possible source of ignition.

He conducted interviews with railway crews and said he inspected “every wheel set” and other components of the trains that passed through Lytton prior to the fire, looking for anything that might have sparked a flame. He said he relied on officials with the BC Wildfire Service for expertise on the origin of the fire. “We didn’t see anything conclusive that the train or rail operations started the fire.”

The wildfire in the arid canyon village started a day after temperatures in the area reached nearly 50 C, the hottest on record in Canada. Combined with high winds and local drought conditions, the fire moved quickly, forcing a frantic evacuation that left residents without any time to pack their belongings.

Roughly 90 per cent of the village was destroyed, including the post office, ambulance station and health centre.

B.C.’s heat wave and fires were driven by climate change, and they won’t be the last. What must we do next?

Jason Gratl, a Vancouver lawyer who has filed a civil claim against Canadian Pacific and Canadian National, the railway companies that operate on the tracks that run by the village, said the TSB decision was disappointing. But he said it will not discourage the proposed class-action lawsuit. The action is filed on behalf of Carel Moiseiwitsch, an artist who lost her home, her pet cat and her artwork in the fire.

“We are disappointed that the TSB failed to assign a fire expert to the investigation, and it failed to interview any residents of Lytton who may have first-hand accounts of the fire,” he said in an interview. He added that the Class-2 level investigation was insufficient. “We are undaunted by this low-intensity report.”

The lawsuit alleges that it was unsafe to operate trains in the Fraser Canyon during the heat wave. Those allegations have not been proved in court and neither rail company has filed a statement of defence.

John Haugen, acting chief of the Lytton First Nation, said he was struggling to understand how the TSB could complete its work without interviewing eyewitnesses in the community.

“I believe there was a train coming toward us that was on fire. There are still people that need to be spoken to by the other investigators, to give their version of events,” he said.

Mr. Haugen estimates that 450 members of his community have been displaced by the fire. Many are living in hotels or other temporary housing, and students are either taking online classes or have moved to other communities to continue their studies.

He said plans for rebuilding are still under way, but with winter approaching, those members of the Lytton nation have no prospect of returning home this year.

Mike Farnworth, B.C.’s Minister of Public Safety and Solicitor-General, said the province is working on interim housing to ensure people who were displaced by wildfires this summer are supported and safe through the winter months.

He said the BC Wildfire Service is still investigating the fire.

“We recognize the devastation in Lytton continues to be incredibly difficult for the Lytton First Nation and the residents of the village, and I understand their frustration and need for answers,” he said in a written statement. “I want to reassure residents that both the RCMP and the BC Wildfire Service are working actively on this investigation. It is critical that the investigation process is afforded the time needed to ensure it is thoroughly completed.”

Ms. Fox of the TSB said the broader issue of whether railways can safely operate during extreme heat events will be addressed as it continues to investigate other railway fires this year – one in British Columbia and another in Alberta.

“Our mandate doesn’t permit us to go further in this incident, but some of these issues we will be investigating and issuing a full report on.”

On average, the TSB gets 56 reports annually of fires related to railway activities, but so far this year, there have been 172 such reports.

Mathieu Gaudreault, a spokesman for CN, said the railway company will co-operate with the investigations still under way. “We remain available to assist other authorities with their investigations and we will continue to work with residents of the Lytton area as they recover from this devastating fire.”

CP officials did not respond to requests for comment. 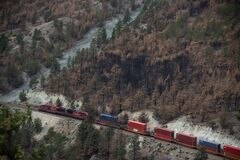 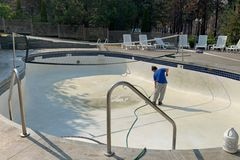