A third facility owned by British Columbia’s troubled operator of for-profit seniors’ care homes has been placed under government management because of current risks to the health, safety and dignity of more than 200 residents.

The Vancouver Island Health Authority’s chief medical officer has appointed an outside administrator to run the Selkirk Seniors Village in Victoria. Two other care homes owned by Retirement Concepts are already under the agency’s administration – an exceptionally rare intervention.

Both the federal and provincial governments vowed strict oversight of Retirement Concepts after the chain was sold to China’s Anbang Insurance Group in a deal approved by Ottawa in 2017, despite widespread concerns about how foreign ownership might affect the quality of care.

The federal government has refused to say if the company is in compliance with the terms it imposed at the time of the sale. But on Thursday, B.C. Health Minister Adrian Dix says it is clear Retirement Concepts is not meeting provincial standards for health and safety.

“There are no excuses. The people who are charged with administrating Retirement Concepts, they are responsible for following the law,” Mr. Dix said. “The goal here is to bring them back into compliance with the law in B.C. so that seniors are protected.”

Jennie Deneka, the chief operating officer for the firm that operates the Retirement Concepts facilities, said in a statement Thursday that the company is working to raise below-average wages to address its chronic staffing challenges.

“We recognize the appointment of an administrator at three sites is unprecedented,” Ms. Deneka said. "It speaks to the staffing crisis that is impacting our sector and the impact it was having on us as the largest care provider in the province. We acknowledge that wage parity is a factor on our ability to recruit and maintain staff, and we are working to close that gap.”

At the time of the sale, the federal government offered assurances that care levels in the homes would be maintained. The minister who approved the sale, Navdeep Bains, said “the new owners agreed to maintain at least the current levels of full-time and part-time employees at facilities operated by Retirement Concepts.”

A spokesman for Mr. Bains, Jean-Luc Ferland, would not say if Retirement Concepts is in compliance with those terms, saying only that the the department is monitoring the terms closely.

In his report released on Thursday, medical health officer Murray Fyfe said Health Authority officials have repeatedly intervened, and have provided additional staff, but still management at the Selkirk care home has failed to protect seniors in care.

“Based upon the number and nature of contraventions outlined in the Final Investigation Summary, it is my opinion that action is required to protect the health, safety, and dignity of persons in care at Selkirk Seniors Village,” he wrote. The infractions involved neglect – not meeting the needs of residents for bathing, wound care, comfort, and supervision.

“It was apparent that the Licensee has not demonstrated an understanding of their role and responsibility in ensuring that sufficient strategies and actions have been implemented to guarantee appropriate staffing is in place at all times,” he wrote.

The Hospital Employees’ Union, which represents many of the workers in Retirement Concepts’ 20 B.C. care homes, says the company has exacerbated the labour shortage by paying less than other care homes, and the solution is to have standard wages and working conditions across the long-term care sector. 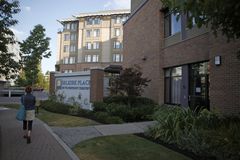 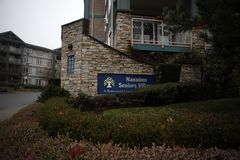 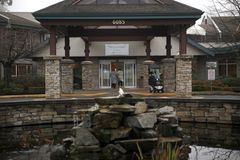