Prime Minister Justin Trudeau acknowledged on Tuesday that Canada’s historical actions resulted in a genocide of Indigenous women and girls, but said Canada must move beyond debates about the term to taking steps to fix the situation.

“We recognized the need for a national public inquiry into missing and murdered Indigenous women and girls and we have commissioners who came back with findings of fact and with calls to action,” he said to media at the Women Deliver conference in Vancouver.

“We thank them for their work, we applaud their work and we accept their findings, including that what happened amounts to genocide. There are many debates ongoing around words and use of words. Our focus as a country, as leaders, as citizens, must be on the steps we take to put an end to this situation.”

The Prime Minister was then asked if he personally believed the harms done to Canada’s Indigenous people amounted to genocide.

"I have acknowledged that I accept the findings of the report, and the issue that we have is that people are getting wrapped up in debates over a very important and powerful term," he said.

“As I’ve said, we accept the finding that this was genocide. And we will move forward to end this ongoing national tragedy.”

Mr. Trudeau’s comments come one day after the National Inquiry into Missing and Murdered Indigenous Women and Girls released its 1,200-page report concluding that the Canadian state deliberately and systematically violated racial, gender, human and Indigenous rights, with its actions amounting to genocide.

The Prime Minister did not use the word when discussing the report in Ottawa on Monday despite being called upon to do so. Later that day in Vancouver, he did so, saying the report found that the violence amounts to genocide.

The United Nations defines genocide as acts “committed with intent to destroy, in whole or in part, a national, ethnical, racial or religious group” including, for example, killing members of the group, imposing measures intended to prevent births within it, or forcibly transferring its children to another group.

On Tuesday, the secretary-general of the Organization of American States (OAS) wrote to Foreign Affairs Minister Chrystia Freeland to suggest an international body be created “to clarify the accusations and denunciations of genocide in your country.”

The inquiry’s final report, and its conclusion that genocide occurred, could have implications for Canada on the global stage, said Sheryl Lightfoot, who holds the Canada Research Chair of Global Indigenous Rights and Politics at the University of British Columbia.

“The reputational issue is clearly at stake – because there is no doubt that Canada stakes its place in the world … as a human-rights steward, a democratic country of the highest quality. And when something like this comes out, it does shock the world,” she added.

In a June 3 letter to Ms. Freeland, OAS Secretary-General Luis Almagro said he “must communicate my deepest consternation regarding the existence of evidence of genocide against Indigenous women and girls in your country.”

Adam Austen, a spokesman for Ms. Freeland’s office, said on Tuesday in an e-mail that the government will respond to the suggestion of an experts’ group.

“Canada is a strong supporter of the rules-based international order and the multilateral institutions that underpin it, very much including the OAS, of which we are proud to be an active member. We have received the letter from Secretary-General Almagro and will provide a response to this request in due course,” he added.

Bruno Gelinas-Faucher, a Canadian lawyer pursuing a PhD in international law at the University of Cambridge who has worked at the International Court of Justice, said the debate over the use of “genocide” in the inquiry’s final report concerns two different issues: whether the facts in Canada meet the definition of genocide and whether Canada as a state is responsible for that genocide under international law.

The inquiry says the definition is met, and uses the term throughout its report. It also issued a legal opinion backing that conclusion.

But even if the definition is met, there are questions as to whether the state would bear responsibility, Mr. Gelinas-Faucher said, including whether some incidents took place before genocide was legally prohibited.

In Toronto, Assembly of First Nations National Chief Perry Bellegarde welcomed the Prime Minister’s use of the term, but said he hoped the public and governments would focus on corrective action.

“When you look at the definition of genocide in United Nations conventions, there are five elements, and you just have to meet one of them. Even forcibly removing children from homes – that happened. Inflicting pain, forced sterilization – that happened. … I would just encourage all Canadians, and all leaders, yes, to look at the definition of genocide. But again, to focus on the next steps for implementation and a national action strategy,” he said.

With reports from Justin Giovannetti and Laura Stone 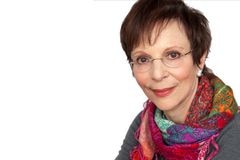 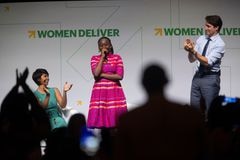 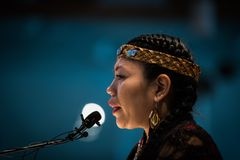