The Tsleil-Waututh Nation is asking the federal government to approve its request to expand its reserve land to include a sprawling area in the District of North Vancouver in hopes of building a new residential and commercial neighbourhood.

Tsleil-Waututh leaders, who are opposed to the Trans Mountain oil pipeline expansion project, say developing real estate will be crucial to ensuring the economic self-sufficiency of their 600 members.

“The return of this ancestral land to the Tsleil-Waututh Nation will help the Nation move toward economic prosperity for present and future generations,” the elected First Nation council said.

The Tsleil-Waututh and Darwin Properties co-own 45 acres of land located east of the Ironworkers Memorial Bridge, near the First Nation’s reserve. The private property along the Dollarton Highway includes the site of a former gravel pit and is now mostly undeveloped, though a child-care centre and two industrial firms are among the tenants situated in a forested area.

In May, the District of North Vancouver council deferred making a decision on an application by the Tsleil-Waututh and Darwin to build what they call the North Shore Innovation District. Nearby residents opposed to the project say that even after Darwin scaled back designs, the development plans still have too much density, don’t fit with the existing neighbourhood and would extend traffic jams in the congested Maplewood area.

Under new legislation that came into force in August, the federal government is now allowing Indigenous groups to request permission to expand geographically, known as an “addition to reserve” application. The Tsleil-Waututh, which has offices on what Ottawa calls Burrard Inlet Indian Reserve No. 3 in North Vancouver, filed documents for broadening its land reserve in September through Crown-Indigenous Relations and Northern Affairs Canada.

Tsleil-Waututh leaders say they will hold community consultations and conduct environmental studies next year, aiming to gain approval from Ottawa in the spring of 2021 to add the Maplewood acreage to the Indigenous group’s land code. The holding consists of one parcel at 39 acres and the other at six acres.

“The decision to file an addition to reserve relates back to Tsleil-Waututh Nation’s mandate to expand the community’s land base, as well as to develop new and existing business opportunities and partnerships that provide economic growth for the Tsleil-Waututh community,” the band council said.

Tsleil-Waututh elected Chief Leah George-Wilson said in a videotaped message that her community, also known as TWN, values the history of its ancestral villages.

“The return of this ancestral land will not only help to reconcile the past for TWN, but allow the Nation to thrive in the future through increasing our small land base,” she said. “More specifically, it will bring additional transportation options for our community, diverse housing types, employment opportunities and more support for local businesses and services.”

In an e-mail, Ms. George-Wilson noted that the Maplewood project is within the rezoning jurisdiction of the District of North Vancouver. But assuming the federal process for adding reserve land pans out in 2021, the development would be carried out with 99-year leaseholds under the direction of the Tsleil-Waututh.

“Our decision to file the addition to reserve is in support of self-determination for our community, addressing the unjust loss of land for the Tsleil-Waututh Nation and increasing our reserve land holdings for future generations,” she wrote.

The District of North Vancouver has cautioned that if the development proceeds, the Dollarton Highway would need to be upgraded, including new sidewalks and separated bike lanes.

In putting the proposal by the Tsleil-Waututh and Darwin on hold earlier this year, the district noted that work on North Vancouver’s official community plan is continuing and a final report won’t be ready until the fall of 2020. “We will be identifying current and emerging issues, challenges and constraints, trends within key topics, and areas where we can improve,” the district said.

Tsleil-Waututh leaders are optimistic that their goals will be in harmony with North Vancouver’s official community plan. 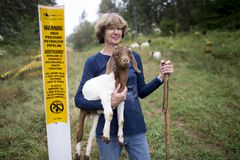 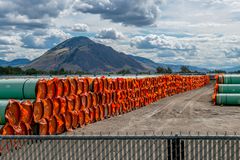 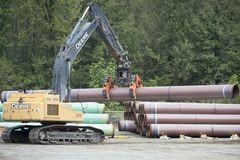