Since the end of June, when BC Housing bought the Howard Johnson Hotel on Granville St. to boost the province’s supply of social housing, a shadowy group of condominium dwellers has been waging a social media war on the project. I say shadowy because they operate their @SaferVancouver Twitter feed anonymously and wouldn’t provide their names when I requested an interview (nor have I seen them speak on the record elsewhere). They told me they fear retribution from the “dangerous” people living in the hotel.

Since April, the hotel has housed homeless people evicted from the Oppenheimer Park tent city. And while it was true the tent city was riddled with violent incidents, including one killing, as of a couple of weeks ago, there have been no reports of violence committed by hotel residents against people living in nearby condominiums.

At least not according to spokespeople from the @SaferVancouver Twitter campaign, whoever they are. They would have been certain to tell me if there had, knowing it would bolster their argument that the hotel, now called Luugat, should not be used to house former tent city residents.

They blame the social housing project for the increased visibility of drug users and homeless people and street disorder near their Downtown homes. To be certain, the people behind @SaferVancouver and @SeedyVancouver and @4asafevancouver Twitter feeds have some valid concerns about the state of their neighbourhood. Condominium residents, some from the safety of their balconies, have photographed piles of garbage, clusters of discarded needles and tents and pop-up bike chop shops processing stolen bikes in the nooks, crannies, and alleyways near the Luugat.

We can all sympathize with the fear that the neighbourhood we love will come to resemble the open-air drug and flea market along Hastings near Main. But to transpose that angst into a full-out campaign against a housing project that is providing decent accommodation for people who wintered in a mucky park seems the worst kind of NIMBYism.

There are many reasons for the increased street disorder in the Granville Street neighbourhood; most related to the COVID-19 pandemic. Services such as libraries, drop-in centres, washrooms and the nearby Gathering Place Community Centre, which offers vulnerable people showers, meals, and space to store belongings during the day, were closed for months and have only recently started to reopen at reduced service levels. That left homeless people already living in the area with nowhere to socialize except the street.

In response to neighbourhood concerns, the city has increased sanitation services in the area, including litter and needle collection on Granville Street during the day. Extra cleaning is also taking place near the Gathering Place where tents have recently popped up. Atira Women’s Resource Society, the non-profit housing agency providing supports for residents at the Luugat, also cleans up messes around the buildings as they arise. And Atira CEO Janice Abbott says ongoing conversations are held with Luugat residents about the importance of being good neighbours.

Ms. Abbott says there was such a rush to house Oppenheimer Park evacuees there was no time for advance consultation with the condominium owners, conversations that might have helped smooth the transition. The communication lines are open now, and some strata councils are working with Atira to keep the neighbourhood and alleyways clean and safe. Ms. Abbott is confident problems associated with the Luugat can be worked out, just as they have been with modular housing projects initially met with resistance in other parts of Vancouver.

But despite the efforts of police, city staff and housing operators there are some neighbours living near the Luugat who refuse to even discuss possible solutions. They want to push the problems elsewhere and are prepared to play nasty to make it happen.

One of the @SaferVancouver members made a point of telling me that the Downtown Holiday Inn is failing to tell paying customers that the hotel is home to some tent city residents, the implication being that the two groups can’t possibly coexist and the homeless people should be sent packing.

Housing homeless people is challenging, and we need everyone on board to help these projects succeed. Morally it’s the right thing to do. And we’ve seen the alternative; there are now about 350 tents in Strathcona Park and winter will be here before we know it. 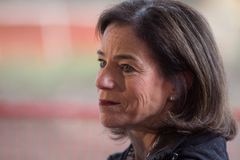 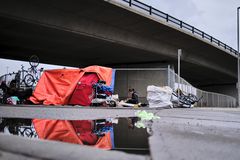