The University of Toronto must address the issue of donors trying to interfere in university hiring decisions, according to a report into the handling of a controversial hiring decision at its law school.

The report, released this week, was prepared by retired Supreme Court justice Thomas Cromwell and examined the aborted hiring of a new director for the school’s International Human Rights Program, or IHRP.

Mr. Cromwell calls on the university to put in place policies that would expressly prohibit outside interference and to develop protocols for dealing with improper attempts to influence university hiring.

University president Meric Gertler said he accepts the report’s findings and will enact its recommendations.

“Attempts by any external groups to block or influence a recruitment process on the basis of the nature of the candidate’s research or their views must be firmly rejected,” Dr. Gertler said.

Denise Réaume, a professor in the law faculty, called the events described in the report “a scandal.” She said it reveals a troubling atmosphere at the university around its relationship to big donors.

“The university has created a culture where the fundraising arm thinks its job is to please donors,” Prof. Réaume said. “It’s clear as day that people in alumni and development think their job is to pass on concerns from donors about hiring decisions, which they have no business weighing in on.”

The report found that in September, 2020, a University of Toronto alumnus and sitting judge named David Spiro (referred to as “the Alumnus” in the report), whose extended family has donated tens of millions to the university and affiliated hospitals, had a scheduled phone call with an assistant vice-president responsible for fundraising. The call was logged in a “major gift” file.

Justice Spiro said that he’d heard the university had selected a new director for the IHRP whose scholarly work on Israel would be seen as controversial.

He mentioned the name of the candidate, legal scholar Valentina Azarova, and said he wanted to ensure the university “did its due diligence.”

The assistant vice-president immediately mentioned the donor’s concerns to a law school colleague, who took them to the school’s assistant dean. Within roughly 90 minutes of the donor’s call, then-dean of law Edward Iacobucci was being briefed on the issue.

Thirty minutes after that, the assistant vice-president e-mailed Justice Spiro and said no decisions on the hiring had been made, that she had “communicated the points discussed,” and that the dean would speak to her about it the following week.

Mr. Cromwell said he would not draw the inference that the judge’s intervention influenced the decision to abandon the hiring process. Within days advanced negotiations were nonetheless abandoned.

In a statement this week, Mr. Iacobucci said it came down to the complications of cross-border hiring, and external influence played no role in the decision.

It’s not clear how word leaked that Dr. Azarova had been selected, since the process was confidential, but Justice Spiro received an e-mail about it from someone at an organization where he had been a director. Although the report doesn’t mention it, Justice Spiro was a director of the Centre for Israel and Jewish Affairs, an advocacy group.

The e-mail asked Justice Spiro to raise the issue at the university, saying: “The hope is that through quiet discussions, top university officials will realize that this appointment is academically unworthy, and that a public protest campaign will do major damage to the university, including in fundraising.”

Prof. Réaume said the apparent responsiveness to a donor raising an issue that ought to be out of bounds is revealing.

“It’s showing us the thin end of the wedge. We have to ask how often this is going on across the university because it emboldens donors to ask for these things,” Prof. Réaume said.

Mr. Cromwell wrote that the “quiet discussions” with university officials that the e-mail to Justice Spiro envisaged clearly have no place in merit-based hiring.

He said the university should reaffirm a fundamental principle in its policies, that attempts to “disqualify an applicant in a merit-based hiring process on the basis of the candidate’s religious or political views, their scholarly or other public work or their social activism must be firmly rejected.” 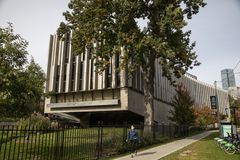 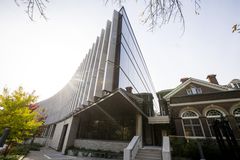