Two University of British Columbia researchers are looking for the things that make the Vancouver region stink – and are hoping to hear from locals offended by those smells.

Smell Vancouver is intended to track such onerous odours as industrial fumes, burning wood, the pungent smells of agriculture and even the aroma of a group of smokers.

Such distinctive scents were among the odours that Amanda Giang and Naomi Zimmerman described as they recently discussed their project, inspired in part by a similar initiative in Pittsburgh.

Smell Vancouver is an app that allows members of the public to take note of and report any odours that catch their attention.

“If it bothers you, then it’s a smell we want to know about,” Prof. Zimmerman said.

Prof. Giang and Prof. Zimmerman, assistant professors of mechanical engineering at UBC, are hoping to amass data to create a “smellscape” of Metro Vancouver – home to about 2.6 million residents of B.C.

Prof. Giang is associated with the UBC-based Institute for Resources, Environment and Sustainability, and Prof. Zimmerman is a Canada Research Chair in sustainability.

Their project is being backed by the Metro Vancouver federation of 21 municipalities as well as the BC Centre for Disease Control.

“We can see across the region areas where there may be persistent issues with odour and specific times of day when odours are occurring,” Prof. Zimmerman said. “That can help us understand people’s experience in the region.”

Metro Vancouver says it has dealt with an average annual 2,982 odour complaints over the past six years. As of Dec. 8, there were 2,668 such complaints this year. Under authority from the province, Metro Vancouver is responsible for managing air quality in the Vancouver region.

“The [UBC] project could potentially provide useful data and contribute to a better understanding of odour sources in the region,” Mr. Valou said in a statement.

Environmental-health scientists from the BC Centre for Disease Control have also been supporting the development of the app.

“BCCDC will be interested in any insight the survey can provide into the relationship between odour and health in the local environment,” spokesperson Heather Amos said in a statement.

Odour can have a major impact in one’s environment, noted Prof. Giang. “Something that has been interesting for me as we have been preparing to do this work and learning from our peers and colleagues working in this area is an understanding that odour is serious, not just a nuisance.”

“We’re very open to what we will find. We think it will be policy relevant but we don’t know what it will say.”

The seeds for Smell Vancouver were first planted in Pittsburg, where Prof. Zimmerman was a postdoctoral fellow at Carnegie-Mellon University in 2016 and first heard of the Smell Pittsburgh app.

Since Smell Pittsburgh was launched in 2016, residents of the Pennsylvania city have submitted more than 40,000 reports on odours related to pollution, according to project analysis.

Odour descriptions and associated symptoms charted by the app were frequently linked to hydrogen sulfide and its “rotten egg” scent, known to cause such ailments as headaches, dizziness, eye irritation and shortness of breath.

Beatrice Dias, who manages Smell Pittsburgh, said by e-mail that the project has led to the wider Smell MyCity initiative, an app that has been adapted in other U.S. cities such as Louisville, Portland and California’s Bay Area.

Smell Vancouver followed after Prof Giang and Prof. Zimmerman met in 2018. Its $250,000 cost is being supported through the federal government’s New Frontiers in Research Fund.

Andrew Ramkairsingh, a UBC computer science co-op student, developed the Smell Vancouver app that allows users to register where they smelled an odour, measure its intensity on a scale of one to five and describe the odour by categories such as “chemical,” “garbage,” or even “funky smell.”

Prof. Giang said the team are hopeful Vancouverites will follow their noses to report strong smells using the app – they can even log several a day if they come across that many. After all, the goal is to try to collect enough data for an olfactory map of the city. “We’ll see how many offensive odours there are in Vancouver.”

Opinion
Vancouver finds itself at an urban-planning crossroads once again
Subscriber content
December 8, 2020 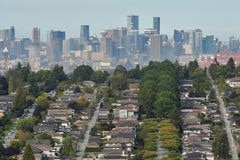 Vancouver moves ahead on climate plan but pumps brakes on downtown tolls
November 18, 2020 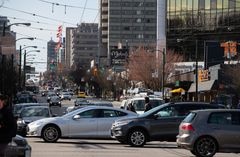 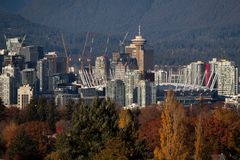