In the cold waters off the west coast of Vancouver Island, scientists have found a hidden oasis teeming with corals, sponges, and creatures more typical of warmer waters to the south.

The discovery is among the most significant finds from a two-week trip conducted by researchers with the Department of Fisheries and Oceans, the Nuu-chah-nulth Nations and Ocean Networks Canada. The expedition dropped a camera on a cable down about 2,000 metres into the depths as part of an examination of Explorer Seamount, Canada’s largest underwater volcano.

“We found a coral garden that is like something you would see in the tropics, with a large coral community home to fish and octopus like everything you would expect to see in Hawaii, but you find it here in Canada deep below the surface where the sun doesn’t reach,” said Dr. Cherisse Du Preez, marine biologist at Fisheries and Oceans Canada.

“They’re as Canadian as the Rocky Mountains or grizzly bears. … We should all be very proud and excited to be studying and protecting it.”

She added the team didn’t expect to find corals that are two metres high and thousands of years old.

According to Fisheries and Oceans researcher Tammy Norgard, the expedition’s lead scientist, these gardens were found in multiple places, including a newly discovered area on Explorer Seamount, which scientists call Coraltropolis.

She said this is not far from Spongetopia, an area of dense glass sponges that was previously uncovered by the team.

“It’s just dense, so much life, life on every rock,” Ms. Norgard said. “What’s amazing to us is on this one seamount, there is very diverse and different groupings of animals together.”

The team has also mapped and identified 10 previously uncharted underwater volcanoes that researchers now have confirmed to be seamounts.

Dr. Du Preez said the team predicted there would be at least 60 seamounts offshore of B.C., and the newly found ones made them feel positive about the accuracy of their prediction.

“It’s an incredible finding, not just for scientists, but for Canadians, because we already valued this area, we knew it was special,” she said.

Seamounts are underwater mountains that can rise more than 1,000 metres from the sea floor. The steep walls of the seamounts, combined with ocean currents, can create biodiversity hot spots. In 2017, just 19 had been identified in this area.

For some team members, a highlight from the trip was an encounter with a salmon shark, which was trying to brush against a barnacle-encrusted log in an apparent effort to remove parasites from its body. The team’s camera captured the scene, which is believed to be the first in the world.

“It’s never been documented before. Nobody knew these sharks did this,” Dr. Du Preez said.

She said the footage has a significant meaning as the public still regards these creatures as “mindless monsters.”

“It speaks to how smart these animals are and when the public gets to see the footage like this and gets to see an animal being in the wild, and being intelligent and not bothering people at all, it helps form public opinion in a more accurate light than Hollywood has done for these animals in the past,” Dr. Du Preez said.

The expedition was partly streamed live to 38 countries, including France, South Africa, Japan and Colombia. The team also did ship-to-shore events with kids at science camps and in the Nuu-chah-nulth communities.

Josh Watts, one of the two Nuu-chah-nulth representatives on board, said as an cultural leader in his community, he was able to bring Nuu-chah-nulth perspectives and traditional culture to the expedition.

Mr. Watts has planned to bring conversations to his community and schools about this special experience and the broader impact it has brought, such as the importance of protecting the oceans and environment.

Ms. Norgard said she hoped the Canadian public would have a better knowledge about the deep sea through the team’s discoveries.

“They can make their own decisions and understandings about the ocean.” 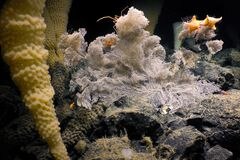 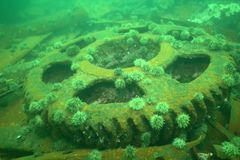 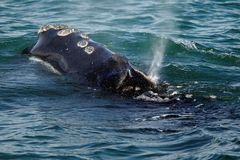