The University of Victoria owns thousands and thousands of vinyl recordings, ranging from classical recordings of Beethoven and Chopin, to the 80s pop of Elvis Costello and Blondie, to recorded readings of poetry by Rudyard Kipling and George Bernard Shaw.

But they take up space, so much space that by selling off 10,000 of them at auction, the university will be able to create a study and instructional space.

The timing is right too: While music-streaming platforms are on the rise, vinyl is having a moment, with records set to outsell CDs for the first time in more than 30 years, according to the Recording Industry Association of America.

“I think that people still really do like LPs, or at least they’re coming back into style,” UVic music and media librarian Bill Blair said, adding that vinyl records still have something to offer even with the convenience and massive availability of streaming services.

The university’s libraries are auctioning off more than 10,000 records through the BC Auction website in lots of around 350 to 750 items, with bids on the available lots ranging from $39 to $230 for a lot by Friday afternoon. The last auction blocks close on the evening of Dec. 23, although some closed earlier.

Bidders can expect to receive a selection that mostly includes classical music, as well as a bit of jazz, folk, pop and world music. As far as formats go, the collection is mostly composed of LPs, as well as a few 12-inch records and 78s.

Mr. Blair said he went through the university’s collection in consultation with the school of music to check what material was needed to support the curriculum. Albums that were available through streaming services were put up for auction.

“I think, from what I’ve observed, it seems like the convenience of streaming sort of trumps owning something,” Mr. Blair said.

The latest market data seem to support this observation: Music-streaming service revenues increased by 34 per cent last year, coming to represent nearly half of the recording industry’s total revenue, according to the International Federation of the Phonographic Industry.

In contrast, revenues stemming from the sale of physical media decreased by more than 10 per cent and revenue from music downloads fell by more than 21 per cent.

But Mr. Blair also points out that the tangible aspect of records continues to have an appeal for some consumers.

“You know, I also collect albums, and with an album we can actually look at the art and the cover,” he said, adding that they also have “a kind of nostalgia” tied to them.

This nostalgic appeal may explain why record sales have experienced continuous growth over the past decade, even as sales of other physical formats have fallen. Last year, the RIAA said that CD sales in the United States were dropping three times as fast as the speed at which vinyl sales were growing.

“People like to collect things, you know," he said.

“I think records bring that sort of personal style back into people’s music collections. They’re expressing themselves with their collection, they’re not just part of a huge digital pool that can be accessed by everybody.”

However, vinyl’s resurgence in popularity hasn’t come without costs. Mr. Gowans said that record prices have gone up because labels reissue popular examples at higher wholesale prices, and people inflate the price of rare LPs in online marketplaces. If the trend continues, he worries some customers will get priced out of buying records.

“I think it’s really up to the major labels to try not to flood the market with expensive reissues, which are unnecessary. Records that, you know, are out there that can be found for $7 used as opposed to reissuing them at $40. But I think we’ll just see how that goes in the future,” Mr. Gowans said.

Whether it’s buying new records at a store or hunting for vintage treasures at auctions such as UVic’s, Mr. Gowans says the hunt will remain central to the appeal of vinyl.

“You got to search out those records, you got to find them,” he explained. 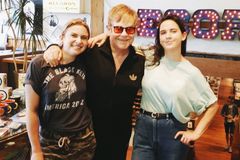 Facts & Arguments
In an age of digital music, purchasing and listening to vinyl is a special experience
July 27, 2017 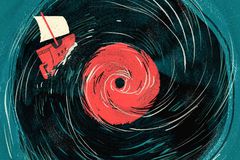