In many ways, the newly elected mayors of Vancouver and Surrey are unlikely bedfellows.

Vancouver’s Kennedy Stewart is a former NDP MP who, shortly before he ran for mayor, linked arms with Green Party Leader Elizabeth May and was arrested at a Burnaby pipeline protest. He believes governments and, by extension, taxes are key to improving people’s lives. In recent city budget negotiations, Mr. Stewart advocated for a 4.9 per cent bump, which council ultimately dropped to 4.5 per cent.

Doug McCallum is a former mayor of Surrey who, after a 13-year year hiatus, was re-elected in October. He is cut from far more conservative cloth; it is easier to imagine Mr. McCallum on the moon than at a pipeline protest. He is a proud penny-pincher who voted to delay construction of several civic buildings and forgo hiring more Mounties in order to trim debt and hold Surrey’s tax increase to 2.9 per cent.

Yet somehow, the two mayors have formed common cause around transit. Mr. McCallum ran on a promise to build a SkyTrain line from Surrey to neighbouring Langley. It was a bold move given it superseded a fully funded regional transportation plan awarding Surrey a 10-kilometre light-rail transit line running in a totally different direction. Mr. McCallum claims he can build the train to Langley for the same amount as the LRT line, which staff at the transit authority TransLink insist is impossible. The current funding covers only phase one of Surrey’s transit plan. That is only enough to build the line to the sparsely populated area of Fleetwood, far short of Langley. Let wisecracks about the train to nowhere begin.

Yet after the election, Mr. Stewart was so quick to side with Mr. McCallum that it seemed the two might have formed a pact even before votes were counted. Mr. Stewart justified his position by saying the Surrey electorate made it clear SkyTrain is what they wanted. It soon became obvious Mr. Stewart had a bigger transit ask for Vancouver as well. Instead of just building phase one of Vancouver’s new subway line, which would end at Arbutus, Mr. Stewart wants to push it all the way to the University of British Columbia in one go.

It is tempting to say to both mayors: “Ten points for thinking big.” The problem, of course, is money. The provincial and federal governments, which contributed more than two thirds of the financing for the regional transit plan, are unlikely to give more. The only other financial sources are city taxes, which mayors typically avoid raising, and real estate fees from developers willing to pay for density along the lines. And in Vancouver’s case, UBC would benefit greatly from the train and has indicated a willingness to contribute to some of the cost.

The remaining Lower Mainland mayors are not thrilled that Surrey and Vancouver want to blow up a plan that took more than 10 hard years of negotiations to reach. And some transit watchers are edgy about the co-operation between Surrey and Vancouver, the two largest cities, which by law can demand a weighted vote. Mr. McCallum trotted that big gun out recently to get his way on wording of a planning document for the SkyTrain line. Mr. Stewart dutifully voted with his ally, as did a handful of other mayors, and Mr. McCallum got his way.

Mr. McCallum has a lot riding on transit. His two election promises were the train line and to replace the RCMP with a municipal police force, which may end up prohibitively expensive. He might survive the loss of one, but not both. He needs a win on Skytrain.

The stakes are different for Mr. Stewart, an independent candidate with no majority on council. Building the line to UBC would position him as a regional leader and make him more likely to serve more than one term.

Still, it is unfortunate that both mayors seem willing to play such heavy hands. Will the next move be to use their power to grab a bigger chunk of transit dollars for Surrey and Vancouver? That would certainly spell the end of the Translink mayors' council. Mr. McCallum’s first call for a weighted vote was enough to elicit walkout murmurs among mayors from smaller cities. The previous mayors' council worked hard to deliver a fully funded transit plan, through consensus. Surely, that’s the better path. 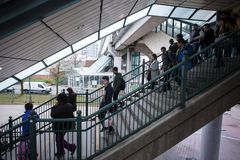 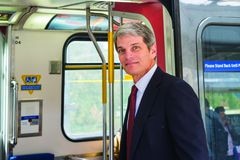 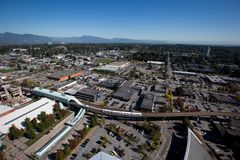