The controversy enveloping Quebec engineering giant SNC-Lavalin has prompted Vancouver-area mayors to urge that the Lower Mainland’s transit agency isn’t forced to use that firm for a $4-billion SkyTrain extension to the University of British Columbia.

Last week, a majority of mayors approved a TransLink staff recommendation to move ahead with a $3-million, 18-month study of the UBC extension. However, several said they wanted to make sure that it didn’t mean being committed to SNC-Lavalin if and when the contract bidding starts.

“There is yet another federal scandal involving this company and it does not instill confidence out in the public,” said Port Moody Mayor Rob Vagramov.

SNC-Lavalin’s troubles have dominated front pages and newscasts for the past two weeks, after The Globe and Mail reported allegations that Prime Minister Justin Trudeau’s office attempted to pressure Jody Wilson-Raybould when she was attorney-general to intervene in the bribery and fraud prosecution of the company, but she refused to ask federal prosecutors to make a deal that could prevent a costly trial.

Mike Little, mayor of the District of North Vancouver, also wanted assurances, before voting to approve the TransLink recommendation, that supporting the UBC line didn’t mean locking in to doing business with SNC-Lavalin.

“I have concerns they haven’t operated ethically around the world,” said Mr. Little in an interview after the meeting.

“A lot of Metro Vancouver residents have a great deal of hesitation related to the company,” said Mr. Stewart. They would want to know that “extending that line is not an expansion of SNC-Lavalin’s role in Metro Vancouver.”

In response to the mayors’ concerns, the communications director for SNC-Lavalin noted that the company has made significant changes since 2012 to address ethics issues. The company “has developed and built a world-class ethics and compliance framework and worked tirelessly to settle the issues of the past,” said Daniele Pizzuto in an e-mail, also noting that the company changed leadership at both the board and management levels to create an “enhanced culture of integrity.”

TransLink CEO Kevin Desmond tried to reassure the council that, even though the current 80 kilometres of SkyTrain and 19 kilometres of Canada Line were all built with teams involving SNC-Lavalin, there was no reason TransLink couldn’t choose another company.

He insisted that there were no proprietary technologies that would prohibit the agency from choosing another company or group of companies to build SkyTrain and that he expects to get a wide variety of bids for the first Broadway extension in Vancouver, the $3-billion line from Clark Drive to Arbutus, and the $2-billion Surrey line along Fraser Highway.

In the end, mayors attached an amendment to their approval of the UBC SkyTrain study by asking that staff come back with a report explaining what options TransLink will have when choosing a successful bidder and when it will be limited by any proprietary technology that might belong to only one company. As well, they asked staff to do everything possible to open up bidding to as many companies as possible for future SkyTrain contracts.

In the end, two mayors, Mr. Vagramov from Port Moody and Darrell Walker from White Rock, voted against going ahead with the UBC study.

Some mayors also expressed concerns about being locked into cars from Bombardier, another Quebec-based company. But Mr. Desmond repeated that cars can come from any company and that going with SkyTrain technology does not mean that only Bombardier cars can work with the line.

The sometimes tense debate at the council over the UBC extension also saw several mayors emphasizing that the desperate need for improvements elsewhere in the region shouldn’t be overshadowed by the discussion of the new line.

“It is not the only transit priority in the region,” said North Vancouver Mayor Linda Buchanan. “A lot of the smaller municipalities just need buses on the ground.”

As well, others warned that the city of Vancouver needs to be prepared to come up with financial contributions since it will be benefiting from the line through new development along it.

New transit lines “generate significant windfalls for the home jurisdiction,” pointed out Mayor Bill Dingwall of Maple Ridge. He said it’s unfair for everyone in the region to have to pay equally into the regional portion of the costs when Vancouver will reap so many of the benefits.

Vancouver Mayor Kennedy Stewart, who had warned the council that voting no to the study would mean delaying any possibility of a UBC extension for at least a decade, said he was pleased with the outcome.

“I’m really grateful for their support.” 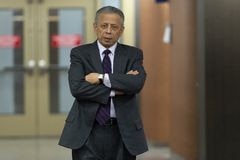