Seven artworks mounted on billboards for Vancouver’s Capture Photography Festival have been covered over, following “vitriolic” complaints from members of the public. The works are by renowned Vancouver-based artist Steven Shearer, who represented Canada at the 2011 Venice Biennale and exhibits his work around the world. They were installed along the city’s Arbutus Greenway – a popular cycling and walking path on the city’s west side.

The images capture people sleeping. But some viewers found them creepy; some even commented that they thought the people in the photos might have been dead.

“There’s been a genuine public concern,” says Capture’s executive director, Emmy Lee Wall. “I saw the e-mails; they were vitriolic.”

Concerns were raised about children being exposed to the images. One photo – a shirtless man lying on the grass – was criticized for its nudity.

“People were quite disturbed,” says Ms. Wall. “The response was extremely strong.”

Ms. Wall noted that the reaction was one of immediate outrage – with no room for debate. People weren’t writing with questions, but demands that the work be taken down.

“It does raise interesting questions – how do we balance people’s level of comfort with artistic freedom?” says Ms. Wall, who was named executive director at Capture in 2019, and previously worked at the Vancouver Art Gallery.

“It’s just sad to me, frankly, that there isn’t more of a conversation.”

Capture is an annual photography exhibition that focuses heavily this year on the public art element. Ms. Wall approached Mr. Shearer about 18 months ago about doing something for the festival. The result is the series Untitled, 2020.

“These are done with a lot of care and a lot of thought,” says Ms. Wall. “These aren’t pictures we just slapped up.”

They went up late Tuesday and by Thursday were being covered with generic landscape images.

Pattison Outdoor Advertising, which Ms. Wall stresses has been “incredibly supportive” of the festival, did not respond immediately on Thursday afternoon to a request for an interview.

“They’re in a tough spot,” says Ms. Wall. “They genuinely want to support contemporary art but it’s difficult when the community is so angry about something and they have to strike a balance.”

Mr. Shearer, who works primarily in painting, has a vast digital archive of found images, where the photos were sourced for this project. He has mined more than 63,000 images from the internet.

“The reclining and sleeping figures … recall the poses found in religious paintings and sculpture, wherein bodies appear to be in states of ecstasy or seem to defy gravity, as if they are floating, having been released of their earthly bonds,” the Capture catalogue states.

“By virtue of giving way to their physical desire for sleep, the figures have unintentionally invited passersby to observe them at a heightened level of vulnerability and intimacy.”

A central question posed by this series revolves around our public versus private states. Sleeping is an intimate act, where we are at our most vulnerable – and here are photos of this private act found publicly on the internet and then displayed as large-scale public artworks.

The catalogue calls it “a subversive and poignant commentary on the ways in which so many banal moments of our lives in contemporary society are made accessible for public consumption.”

The Pattison Outdoor Billboards Public Art Project was to be a rare opportunity to see Mr. Shearer’s work displayed in Vancouver; he frequently shows nationally and internationally. (Mr. Shearer was not available for an interview.)

Ms. Wall says the controversy in some ways speaks to the strength of the medium.

“Contemporary art [is] supposed to provoke a response. That’s what art has done in history over the ages. That’s why I almost feel it’s a successful project because it has created a conversation,” says Ms. Wall.

“It kind of really speaks to the power of images to this day.” 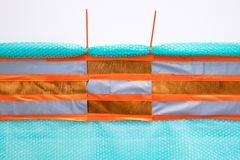 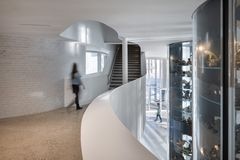 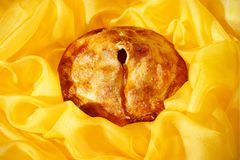