An on-air columnist at Vancouver’s most-listened-to Chinese radio station has resigned after making controversial remarks about the protests in Hong Kong, suggesting pro-democracy demonstrators were partly responsible for a violent incident last month.

The remarks last week by Thomas Leung prompted an outcry from members of Vancouver’s sizeable Hong Kong expatriate community. In the opinion piece on Fairchild Radio, Mr. Leung questioned the innocence of some Hong Kong protesters, who were attacked by a mob of suspected triad gangsters.

Mr. Leung called the July 21 attack “a fight between black and white.”

He was referring to protesters, who usually wear black, and the gang of white-shirted men armed with metal rods and wooden poles who beat up anti-government protesters and others inside a subway station in the Yuen Long neighbourhood, injuring about 45 people, including journalists and a legislator.

In his commentary, which has since been removed online by Fairchild but still exists on other websites, Mr. Leung suggests some pro-democracy protesters, brought by a Democratic lawmaker, provoked those in the white shirts.

They also encouraged each other to complain to the radio station and the Canadian Broadcast Standards Council (CBSC), a self-governing regulatory body for Canada’s private broadcasters. According to a note posted on CBSC’s website, the organization has received a large number of complaints about comments made on the News Talk program, which exceeded the CBSC’s technical processing capacities.

“Due to personal reasons, Dr. Thomas Leung has submitted his resignation to Fairchild Radio as of August 22, and has left the ‘News Talk’ program on AM 1470 with immediate effect.”

Soon after Fairchild’s announcement, Mr. Leung also posted a statement on his public Facebook page, saying what he said in the program were “comments” rather than “news.”

“In my original commentary, I first pointed out that it was wrong for the white-clad men dashing to the subway station and beat people. I also pointed out that, the confrontation between two sides eventually became fights, based upon different videos and reporting from that day,” Mr. Leung said in the post.

He added that different editing of videos from the Yuen Long attack may lead to different opinions.

However, he said, according to various videos, “[I] still saw the clips that both sides fought each other and that’s why I called it the fight between black and white.”

Hong Kong people have called for an investigation of the mob attack. And Mr. Leung stated he too welcomed the investigation, and will apologize if it can be proven that protesters didn’t do anything to provoke the violent clashes.

Mr. Leung is also the president of a non-profit organization called the Culture Regeneration Research Society. A staff member with the organization said Mr. Leung was not available for an interview on Tuesday.

Leo Shin, associate professor of history and Asian studies at University of British Columbia, said as a commentator, Mr. Leung is entitled to his views. But he noted Mr. Leung’s opinion isn’t widely shared.

“That observation on his part is not in accordance to what most people [saw] who were there, or who have viewed the footage either online or through TV.”

Prof. Shin said the Yuen Long incident was a “watershed moment” in the protests, which provoked outrage among Hong Kongers not only because of the attack, but also because of the slow response from Hong Kong police. 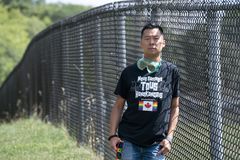 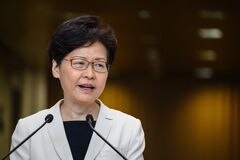