The City of Vancouver has bought a 65-room hotel on Kingsway for almost $25.5-million – half the money it was allocated by the federal government’s rapid-housing initiative aimed at helping pandemic-hit cities get homeless people into low-cost rooms and apartments by the end of the year.

Vancouver Mayor Kennedy Stewart said the purchase, combined with B.C. Housing Minister David Eby’s announcement last week that the province has identified two new shelter spaces with a total of 120 spots for homeless people, makes him hopeful about housing progress in the city.

“Last year, this was a fantasy. Now it has hit the ground,” said Mr. Stewart, who announced the Days Inn purchase Monday.

The mayor and federal Housing Minister Ahmed Hussen did not reveal the price of the Days Inn in the announcement. However, documents obtained by The Globe and Mail show the city paid almost $19-million for the main parcel, which is currently valued at about $12-million by the province’s assessment authority, and $3.2-million apiece for smaller ones adjoining. The property has been owned for more than a decade by a corporation directed by Bilkis and Riyaz Hussein.

Mr. Stewart said the purchase, along with more to come, will mean Vancouver can stop lurching from crisis to crisis and move to a more coherent way of tackling homelessness and lack of cheap housing in the city.

That hope is shared by residents who live near the east-side Vancouver park that has been home to about 200 people living in tents since last June, a phenomenon that has generated a wave of complaints about public disorder and crime nearby.

“People are very cautiously optimistic,” said Jamie Maclaren, a Strathcona neighbourhood resident who has been involved in community lobbying for housing for the campers, along with a return of the park for use by the whole neighbourhood. “It’s good to see this incremental progress.”

The city and province are working to clear Strathcona Park by moving people to indoor housing and to provide long-term housing solutions for the more than 2,000 homeless people in shelters and the streets outside the park.

Mr. Maclaren said that while he is hopeful about Mr. Eby’s promise of a humane decampment of the park by April 30, he is concerned the hotel purchase may encourage more people to start living there in the meantime to give themselves a shot at a room when the hotel opens.

Mr. Stewart has said the hotel will be ready for occupation in November, after renovations. Mr. Maclaren worries that might also encourage some people to continue camping during the summer in local parks while they wait.

That could be the case, he said, for people who decide they don’t want to live at the two shelters that the province and city plan to open for them in April.

Those shelters include the former Army & Navy department store on East Hastings Street, which will house 60 people, and a city-owned industrial site on Terminal Avenue near the railway station, which the city plans to renovate with $1.8-million to provide another 60 spaces.

The province rejected the previously proposed idea of using the Jericho Hostel as a shelter, saying the west-side building was too far from any services and would cost too much to renovate for the number of spaces it could provide.

Mr. Stewart said the city and province are still looking at whether the city-owned 2400 Motel, also on Kingsway, would be a suitable housing site, too.

As well, Vancouver’s real estate department is searching for more buildings it can buy with the remaining half of the $51.5-million that the federal government allocated through the rapid-housing initiative. The city has also committed $30-million of its own money to housing initiatives. 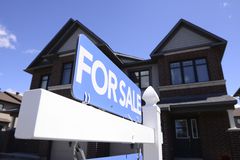 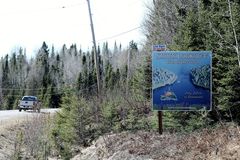 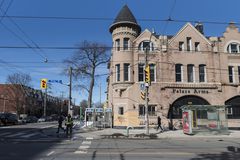