It’s almost impossible to imagine now, but when I was in high school, cool kids would run to the smoking room to suck back a cigarette during breaks. It was a repugnant, stinky corner of the school, but it was warm and dry, and students could smoke there with impunity. Many of us did, developing nicotine addictions that took some of us more than 30 years to break, leaving our lungs with unknown damage that may come back to bite us down the line.

Decades of public education chipped away at the cool factor of cigarettes among young people. By 2018, less than 20 per cent of 18- and 19-year-olds smoked. The numbers were even lower – less than 5 per cent – among students aged 12 to 17.

Then along came vaping, which was marketed as a safe alternative to smoking. Vape juice flavours such as cotton candy and mint sounded as innocuous as chewing gum and quickly caught on with young people, many of whom had never smoked. Between 2017 and 2018, the percentage of people between 16 and 19 who had taken up vaping in Canada jumped from 8.4 per cent to 14.6 per cent, and the number of young smokers is edging up with it. Just like that, another generation is rapidly getting hooked on nicotine products we now know are associated with lung disease and, as we’ve seen in the United States, even death.

Vancouver City Council did the right thing this week by asking staff to develop a policy controlling ads and sales of vaping products. This could include ending advertising at transit shelters and requiring a minimum distance between sales outlets and schools, parks, youth and recreation facilities and libraries. Council also wants the city to support a provincial ban on flavoured vaping products, as well as stricter control on advertising at the federal level.

There will be critics who say this is another example of City Council meddling in policy making that falls outside its jurisdiction. But as Lisa Dominato and Rebecca Bligh, the two councillors who drafted the motion, rightly point out, vaping is rapidly becoming a public-health issue. Last month, the first vaping-related illness in B.C. was confirmed. But in the U.S., more than 1,600 people have fallen ill and 34 have died from vaping-related lung illness. Most were vaping cannabis products, a pastime one could easily imagine proving popular with young people here in Vancouver.

The city’s small steps will not stop all young people from buying vaping products. But it might make it harder. And by shutting down at least some of the ads that make vaping look hip, City Council can rest easy knowing it did everything it could. Meanwhile, let’s hope higher levels of government with more regulatory power do their bit as well. A number of U.S. states have tried to ban vaping product sales altogether, and the manufacturers, just as they did with tobacco, are pulling out all the legal stops to protect their market. Ontario has banned vaping ads in convenience stores and gas stations, and B.C. is planning to scale back the number of vendors permitted to sell the products.

Vaping has value as a smoking-cessation product, but it beats me why Canada would allow flavoured pods, which we know appeal to youth, to be advertised or sold anywhere. One of the most popular U.S. e-cigarette manufacturers, Juul, has stopped all advertising and temporarily suspended online sales of fruit-flavoured pods pending a Food and Drug Administration review. So far, it has not followed suit here in Canada, which should make us extremely wary. Reuters reported this week that the company knew its high-nicotine product was getting young people hooked long before it took steps to curtail the most popular flavours.

I can imagine, years from now, vaping companies, just like cigarette manufacturers before them, being sued for a rash of deaths. They aren’t likely to rein themselves in. It’s up to governments at every level to do that. 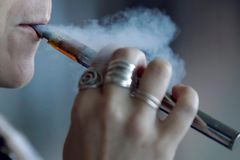 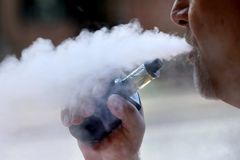 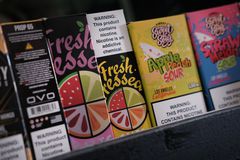