It wasn’t that long ago that prospective homebuyers in Vancouver would line up for hours to get into condo presale events or face off in heated bidding wars for a chance to buy property in one of the country’s hottest housing markets.

The heady days are gone, and buyers now have more control in the market, a shift that has some developers resorting to creative gimmicks like a year’s supply of avocado toast in an effort to appeal to buyers.

Prior to the August 2016 implementation of the foreign buyers’ tax in Vancouver, condominiums in Metro Vancouver were firmly in seller’s market territory, defined by a sales-to-active-listings ratio of more than 20 per cent for several months in a row, according to data from the Real Estate Board of Greater Vancouver.

But even condos proved unable to remain impervious to multiple government intervention measures. The ratio dropped from peaks of over 80 per cent to below 22 per cent in September 2018, where it’s stayed since. If it dips below 12 per cent for several months, it becomes a buyer’s market and prices tend to come down.

As the market slowed, condos began to take longer to sell, hitting 40 days or more on average between December 2018 and February 2019 — the highest since the board started releasing the figure in its monthly market report in September 2016.

“The onus is on us to show we have the most attractive offering,” said Jones of the new reality.

Condos at one Wesgroup’s newest developments, Mode in Vancouver’s southern Killarney neighbourhood, come with a promise of a free glass of wine a day for a year. That incentive comes as a $1,500 gift card to a neighbourhood wine and alcohol store, which equates to about $29 a week to spend on a bottle of wine.

The incentive generated a “massive amount of interest,” he said, adding traffic and website clicks picked up after it released the buzzy offer.

“Now is the time to be creative,” he said.

It was a response to another developer’s pitch to buyers — free avocado toast for a year — that garnered a media frenzy earlier this year.

Woodbridge Homes Ltd. announced it would offer anyone who purchases a unit in its West Coquitlam development, Kira, a year’s supply of avocado toast — for a limited time. That incentive amounts to a $500 gift card to a local eatery.

The announcement went viral and the company has sold 60 per cent of the initial offering already, said Ryan Lalonde, president of MLA Canada, which provides real estate sales and project marketing services to developers, including Woodbridge.

In the first three weeks of sales, Lalonde said nearly 85 per cent of purchasers referenced the sandwich campaign and four buyers became aware of the building solely because of the media coverage of the toast offering.

“We wanted to find a way to cut through that noise (in the marketplace),” he said, adding the company was surprised by the scope of media attention it generated.

Some may scoff at a $500 or $1,500 gift card to spend on non-essentials when prices remain unattainable for many buyers. The benchmark price of a condo in Metro Vancouver in May was $664,200, according to the local real estate board.

But both developers paired their consumable incentives with limited-time financial ones.

Kira purchasers can put down a 10 per cent deposit, as opposed to the more traditional 15 per cent or more. That will help Kira’s target demographic of 25 to 40 year olds whether they are looking to break into the housing market, purchase a larger unit for a growing family or downsize, said Lalonde.

Those buying a unit at Mode can save $10,000 to $20,000 off their purchase price depending on the number of bedrooms in the condo.

And while the marketing plans seem to have worked this time, Jones acknowledges the risk in continuing such incentives as potential buyers could tire of perceived gimmicks.

“If it was an every week thing, it may become stale, for sure.”

Vancouver condo sells under asking price as listings dwindle
May 2, 2019 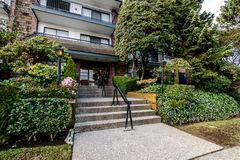 Vancouver condo with unique design sells at a discount
November 13, 2018 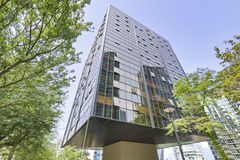 Surprise ruling may be end of Vancouver condo
February 25, 2018 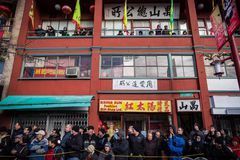