A Vancouver councillor has proposed vacancy control for the city’s single-room occupancy hotels, saying the measure is needed to protect tenants at risk of losing their homes if the buildings are sold.

Councillor Jean Swanson said she is pushing for the measure because several SRO buildings – which together account for about 180 rental units out of a current stock of 7,200 rooms – are for sale, raising concerns that new owners may put pressure on tenants to move.

Vacancy control would tie allowable rent increases to a unit, not an individual tenant, so that owners couldn’t hike rents if one tenant moves out and another moves in.

“Governments would have to build three modular-housing buildings to replace what those people are going to be kicked out of,” Ms. Swanson said, referring to modular housing projects the provincial government has built over the past two years as part of a broader housing strategy.

Vancouver’s SROs, almost all of which are in the Downtown Eastside, have for decades provided low-cost housing, but have come under pressure as rents and real estate prices increased. Under a city bylaw, owners are required to pay a $125,000 fee if they take a room out of the SRO pool by demolishing it or converting it into another type of housing.

But the number of units renting at the lowest end of the market has continued to decline. From 2015 to 2017, the percentage of privately owned SRO stock renting for $375 – the monthly shelter rate for a single person on social assistance – fell from 17 per cent to 15 per cent, the city’s 2018 housing report said.

The squeeze worsened when the city ordered two of the biggest SROs – the Balmoral in 2017 and the Regent in 2018 – closed for health and safety concerns, taking about 300 rental units off the market. The city last year announced plans to expropriate both buildings. The owners filed a court challenge to that process this month.

A sales listing for one SRO building, the Arno Hotel on East Georgia Street, lists an asking price of $8.7-million and notes “inevitable neighbourhood growth ensures this property is a secure and lucrative investment for both investors and developers alike.”

Of those who replied, Green Party Councillor Pete Fry said he would support the motion, saying lower-income tenants are being squeezed out as owners renovate or sell SRO buildings.

Vacancy controls for SROs could be helpful if they were accompanied by other changes, including increased social-assistance rates, said Jill Atkey, chief executive officer of the BC Non-Profit Housing Society.

“I think if [the province] were to implement vacancy control for SROs, they need to find mechanisms to ensure that landlords are able to maintain those buildings. Otherwise, those buildings are just going to continue to deteriorate and people then are living in really poor conditions," she said.

Ms. Swanson’s motion asks the city to “urgently ask the provincial government” to make the change outlined in her motion.

Selina Robinson, B.C.'s Minister for Municipal Affairs and Housing, was not available to comment. A statement provided by her ministry said the city had not approached the province on the issue as it has not yet gone before council. The province has made “significant changes” to protect renters, the statement said, including increasing fines for bad-faith evictions.

A rental task force, which released its final report in December, 2018, recommended measures to prevent “renovictions” – tenants being evicted for repairs or renovations, after which the owner hikes the rent – but stopped short of tying rent increases to the unit, not the tenant.

Task-force members ruled out that change after rental-housing providers said such a change would make it challenging for them to cover their costs and that some would consider selling their buildings.

B.C. government offers to work with Vancouver on plans for derelict Regent and Balmoral hotels
December 4, 2019 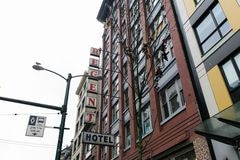 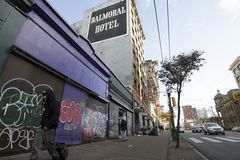 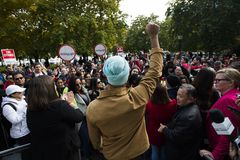