Vancouver voters could be facing an extra visit to the polls within the year – on top of the provincial election – after a report into a conflict of interest for one Vancouver councillor concluded that he should give up his seat.

The byelection that could result, which would likely cost the city more than $1-million, will be required if Green Party Councillor Michael Wiebe voluntarily resigns or is forced to quit after a special city-appointed investigator concluded he had violated several sections of Vancouver’s conflict-of-interest rules.

Municipal-law expert Raymond Young recommended in his report that Mr. Wiebe be disqualified from holding office and that it would be “appropriate” for him to resign because he voted on two motions at council in May related to allowing restaurants and bars to operate temporary patios, when he owns one affected establishment and is an investor in another.

Mr. Young noted that amendments that Mr. Wiebe proposed and were then passed “enabled Councillor Wiebe to wear two hats when dealing with city staff: that of the council member and that of the business owner.” His restaurant was among the first group of 14 given a temporary patio permit, which allowed for four tables on the road in front of his business.

But Mr. Wiebe is not planning to resign immediately, saying that the whole report was a “bit of a shock” because he thought the investigation was still going on and he would have time to provide more evidence in his defence.

“I’m sorry for this situation but we’re going to figure out what happened. It’s incomplete and I’m going to continue to work through the process,” said Mr. Wiebe, who both apologized for what has happened but also insisted that he acted in good faith when he participated in council decisions about temporary patios.

“I’ve been very open about my interests and I’ve stepped away in multiple situations,” said the first-term councillor, who owns the small restaurant lounge Eight ½ just off Main Street and is an investor in the Portside Pub in Gastown.

He has declared conflicts on numerous other votes at council since he was elected in 2018, ranging from decisions on the Hollywood Theatre, whose foundation board he sits on, to community safety, because his mother was on the board of one of the organizations involved, to debates involving changes to patio definitions and alcohol consumption in public spaces.

He also said that, when he debated and voted on the city’s new temporary-patio system, he was making the case on behalf of many Vancouver business owners, including several who are in direct competition with him.

City councillors, who have faced accusations or concerns about conflicts many times in B.C., are typically not considered to be in conflict if their interests are in common with electors of the city generally, as laid out in city legislation.

That’s why city councillors can vote on taxes, even though their own taxes will be affected, or rezonings that cover the neighbourhoods in which they live.

But Mr. Young’s report said there weren’t enough voters with an interest in common with Mr. Wiebe to make that a defence.

Mayor Kennedy Stewart, who ordered the investigation by Mr. Young after a complaint from retired lawyer Michael Redmond, is not commenting on the arguments in the case.

“I received the investigator’s report on Saturday, September 19, am reviewing it to determine my next steps, and cannot comment further to maintain the integrity of the process,” he said in an e-mailed statement.

The mayor could ask council to vote privately on whether to ask Mr. Wiebe to vacate his seat. If that doesn’t happen, any 10 Vancouver voters can petition the court to have the seat vacated.

Several cases of that kind have gone to the Supreme Court since 2001, when the Community Charter and Vancouver Charter were changed to include the provision that a council member could be disqualified immediately from serving if they were found to be in a conflict. 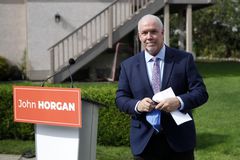 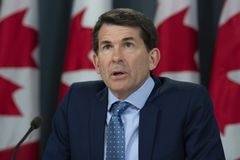