Public health experts in Vancouver have cautioned a parliamentary health committee studying the effects of methamphetamine use not to focus on any one particular substance in treating addiction, and called for legislative changes at the federal level.

The committee visited three locations in Vancouver on Friday. The local experts – including medical directors, physicians and managers of overdose prevention sites – said they were at first reluctant to embrace some of the unconventional treatment models, but now see them as crucial entry points to care.

At the Molson Overdose Prevention Site, Coco Culbertson, senior manager of programs at the Portland Hotel Society, told the Liberal, Conservative and NDP MPs about the facility’s hydromorphone programs: It is the only overdose prevention site in Canada to offer the prescription opioid to clients as an alternative to fentanyl-contaminated drugs bought on the street.

“We launched the program and nothing has happened except for reduced overdoses,” Ms. Culbertson said. “It’s a mechanism for us to connect people who are at very high risk of dying … to a program where people really care.”

At Insite, North America’s first legally sanctioned site for supervised consumption, Keith Ahamad, medical director for the regional addiction program at Vancouver Coastal Health, said he was introduced to harm reduction while volunteering at a needle exchange in the early 1990s before he became a physician.

“That really challenged me to be handing out paraphernalia to people who were using drugs,” he said. “But then, I listened to the stories and read the science and the evidence, and I started to understand the concept.”

Dr. Ahamad cautioned against focusing on meth use alone, as substance-use disorders often involve more than one substance, and the underlying issue is untreated addiction.

“We are going to fail if we don’t invest in primary-care models that are integrated with harm reduction while simultaneously funding and regulating evidence-based treatment and addressing social determinants of health," he said.

Len Webber, Conservative MP for Calgary Confederation, asked about law enforcement regarding drug use at Insite. (Police do not enter Insite unless requested.)

Sonia Sidhu, Liberal MP for Brampton South, asked how pregnant women with substance use issues are dealt with. (A nurse would likely connect them to Sheway, a pregnancy outreach program, but no one is ever turned away.) Robert-Falcon Ouellette, Liberal MP for Winnipeg Centre, asked if Insite’s injection room has time limits. (Generally, no.)

The Vancouver stop was the last in a five-day trip that also took the committee to Montreal, Winnipeg and Calgary. Don Davies, NDP MP for Vancouver Kingsway, health critic and vice-chair of the committee, said in an interview that he believed the main takeaway was that “massive investments” in treatment are needed.

As well, he said the committee heard calls for drug decriminalization and regulation at every stop.

“That has come up in every single city that we’ve been in," Mr. Davies said. “Maybe the public is not quite there yet, but from a public-policy and health point of view, we’ve got to look at a more rational way of dealing with this supply of drugs.”

“They listened really well to the concerns, mentioned how powerful the tour was in helping them understand the context, and talked about how more public education would help the cause," Mr. Van Veen said. 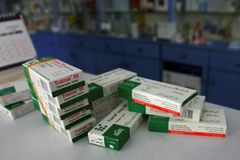 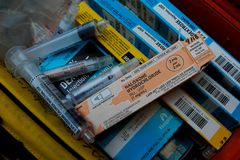 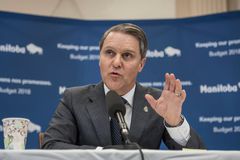