On a sunny fall morning, in Mission, B.C., 88-year-old Don Olds is warming up for his afternoon ukulele session. This simple, four-stringed instrument that can be loaned from his local library gets him out of the house and socializing with others, he says.

“When I’m feeling a little bit out of sorts, maybe I’m a little bit tired or just a bit grey about something that’s bothering me, if I have two or three hours of music I feel better,” he says.

Many of his peers are experiencing feelings of loneliness and social isolation, says Mr. Olds, a retired teacher living an hour from downtown Vancouver. He joins music groups, does chair yoga at the local seniors centre and takes his wife, to whom he has been married for more than 62 years, dancing once a week to avoid feeling this way.

“If there’s going to be funding made available for anything, it should be towards things that help people associate with each other, share things together, gets them out of the house and away from the television,” he says.

Vancouver has received a lot of attention, in the past few years, for being a city where people often experience loneliness. A report by the Vancouver Foundation, released two years ago, stated that 30 per cent of people between the ages of 18 to 24 were alone more often than they’d like, and United Way just released results from an online study conducted in September this year, involving 800 British Columbians, which found that almost half of the participants (46 per cent) said they sometimes feel lonely, and more than a third (38 per cent) said they feel isolated from their communities.

It’s an issue the City of Vancouver is addressing, says Mary Clare Zak, managing director of social policy and projects for the city. Their Healthy City strategy, she says, aims to help Vancouverites build a support network of four or more people.

Seniors are definitely a group that are experiencing loneliness, Ms. Zak says.

In a recent My Health, My Community survey conducted by Vancouver Coastal Health and the Fraser Health Authority, more than 25,000 seniors (7 per cent of those surveyed) reported having no one to confide in, tell their problems to, or call when they really need help – and according to the 2016 Canadian Census, more than one-quarter (26 per cent) of seniors now live alone.

One of the initiatives the city has implemented to help connect people is the Hey Neighbour pilot program for those living in multiunit buildings, Ms. Zak says. Two or three “resident animators” (RAs) are nominated in each building to organize activities that bring residents together.

Harry Peterson volunteered to be an RA in the Concert Properties apartment building where he lives, near Vancouver’s Joyce-Collingwood SkyTrain station. Mr. Peterson is a senior who lives alone after separating from his wife, and says when he first moved into the apartment, after living in his own home for decades, he felt very lonely; he found it difficult to connect with other residents.

“I don’t think I would still be in an apartment building had it not been for this opportunity with Hey Neighbour. The first couple of months before all this originated, it was very isolating. I like to talk and I’d get into the elevator or meet someone in the hall and try to talk to them and there was just a wall. That wall has primarily disappeared,” he says.

The first Hey Neighbour event Mr. Peterson says he helped organize convinced him of the program’s worth.

“We held an Easter get-together for adults and kids and there were these two little boys that came in and looked at each other and said, ‘What are you doing here?’ It turned out they were in the same grade at school and in the same class, but didn’t know they lived in the same building. So the parents then got together,” he says.

Other events include board-game nights, coffee and Timbits on the weekends, and a Halloween party, Mr. Peterson says.

“We had about 80 people participating and almost all of the children wore costumes and most of the adults as well,” he says.

“It’s called the fob dilemma. We’ve heard from folks who live in these buildings that you can only get off on your floor, so there’s not a lot of chances to interact with people,” she says.

United Way started tackling the issue of loneliness and social isolation (in the Lower Mainland) about a year and a half ago, Ms. Winchell says.

“We were definitely seeing it in seniors, in families with young children and single people in the community, so it kind of spans all the different groups. What we found was that people really do want to connect with their neighbours – they just didn’t know how and they didn’t know where,” she says.

To address this, United Way set up a local love fund, through their Hi Neighbour program, which provides money and an ideas coach to help people come up with initiatives that help them connect, such as community gardens, community cleanups, block parties, games nights and soccer programs, Ms. Winchell says.

The only stumbling block they’ve encountered, she says, is that some people have been put off applying for this fund because they think their idea is not big enough to warrant funding or worry the process will be too onerous.

“A few folks do feel overwhelmed and that is when United Way is ready to help out in any way possible,” she says.

There are many factors that are contributing to people feeling lonely or socially isolated in Vancouver, Ms. Zak says, such as the fact that many Vancouverites were not born here.

“Most of us are from somewhere else, and most of us don’t have those deep intergenerational ties into Vancouver. There’s lots of great reasons why people choose to live here, but it can be a hard place to make friends. I’ve heard that anecdotally, and now we have the evidence behind it,” she says.

Communications professional Amanda Costa, 34, says she was definitely surprised at how long it took her to form real connections in Vancouver. Born and raised in Kelowna, B.C., Ms. Costa studied at the University of Victoria before moving here in her early 20s.

Referring to it as the “B.C. bail,” Ms. Costa says there is a flakiness in the way people commit (or rather don’t commit) to social engagements – they’ll say “yeah, we should totally meet up” and then never do.

“I think it’s a weird feedback loop where we want connection, but yet we don’t make the effort to connect. And then when we do have the option we don’t follow through, and then we’re left lonely again. So breaking that cycle I think is very challenging and I don’t think social media and smartphones help,” she says.

“People are discovering there’s no substitute for community,” he says. “Probably in the last three or four years, I’ve really heard a lot of discussion about loneliness but to me I’ve always called it a breakdown in community.”

Voting numbers are down, Mr. Diers says, and often people don’t work where they live (as we did in the past), but spend huge amounts of time commuting.

“We’ve got single-purpose bedroom communities where we sleep, we drive 45 minutes to shop in a mall and we’re losing our main streets. People are increasingly mobile, and if you’re always on the move, it’s hard to build relationships and that’s what community is all about. And you know, if you’re going to move again, why bother?” he says.

Mr. Diers cites a Brigham Young study that found that lacking social connections was a greater risk to someone’s health than obesity and physical inactivity, and was on par with smoking 15 cigarettes a day.

“But that’s just the impact on the individual. Then there’s the societal impact when people aren’t connected, you get all these other problems,” he says.

People do want to connect with each other, Mr. Diers says, they just seem a little reluctant to do so, perhaps because they fear rejection, or they’re wary of others’ personal space.

“I was in Waterloo, Ontario, and everyone was saying hi, and I thought, ‘What a cool place, what a friendly place,' and then I realized they have a Just Say Hi campaign: Say Hi buttons and Say Hi T-shirts, but it actually works,” he says.

As Mr. Olds heads out the door for the first of his three forthcoming ukulele performances, he reflects on his marriage to his wife, Joyce, and says he’s sorry marriages don’t seem to stick like they used to, because for him it’s been a fundamental part of his overall happiness. All marriages have their ups and downs, he says, but he and his wife have learned from each other.

“Over the years, she’s learned to talk and I’ve learned to sulk,” he says.

Staying active and social: a remedy for loneliness in seniors
August 22, 2019 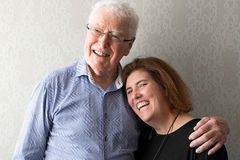 All the lonely people: The connection between sleep, loneliness and productivity
November 7, 2018 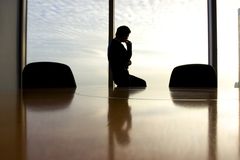 Despite growing loneliness in Canada, some organizations are reaching out
July 24, 2018 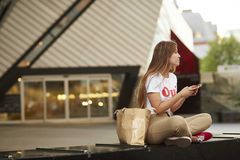