Vancouver’s outgoing mayor is pushing for dramatic changes to areas of the city that have been largely reserved for single-family homes, potentially allowing everything from triplexes to small apartments to increase density in the midst of a housing crisis.

The last-minute policy change, which is already drawing criticism over lack of consultation and fears it will drive more speculation, was tacked on to the city’s recently passed new housing plan. It comes as Mayor Gregor Robertson prepares to retire and potential replacements gear up for a fall election in which skyrocketing housing prices and rents will be a pivotal issue.

“I don’t think anyone elected can afford to slow down,” Mr. Robertson said when asked about pitching a new policy so close to the end of his term. “Now, they have this opportunity to build off the several years of work, rather than starting from scratch.”

The mayor’s motion pushes Vancouver into uncharted territory when it comes to altering its traditional residential neighbourhoods. Many other price-crunched cities in North America are still fighting over whether to allow basement suites, homeless shelters, or laneway houses, things Vancouver has already adopted.

“This is a zeitgeist moment. It’s part of a trend that was started years ago,” says former Non-Partisan Association councillor Gordon Price, who lived through the era of Vancouver politics when even legalizing basement suites was a huge political battle..

The mayor’s motion asked city planning staff to report back next spring on the possibility of allowing “triplexes, quadplexes and other multi-unit forms to significantly bring down the purchase cost per unit of housing in low-density neighbourhoods.”

That added a lot more to the city’s new housing plan than what staff had recommended, which was to allow duplexes in all parts of the city. That portion of the housing plan is coming back for final approval in September.

But with a civic election just months away, people from parties on the left and right say that just creating new kinds of supply in the city, like what Mr. Robertson has suggested with his additional motion, won’t guarantee that housing will be any more affordable, and some worry it will kick off rampant speculation.

“There would need to be really clear guidelines on affordability,” said independent mayoral candidate Shauna Sylvester. “As long as we have an international market, we have an endless supply of investors. So this creates a windfall and it’s really important the city finds a way of capturing that.”

“We are 14 weeks away from an election where housing is the No. 1 issue,” Mr. Stewart said. “Any rezoning of this magnitude should be left for the next council to decide and be accountable for.”

Green Party candidate Pete Fry said he’s also concerned about the lack of community consultation, which he thinks can’t be done properly by staff by next spring. And, like Ms. Sylvester, he said there is little in the mayor’s initiative that addresses affordability.

“I would like to see that the direction is more purpose-built rental, rather than fourplexes that are just smaller houses to buy.”

The motion is getting support from two groups.

One is the new generation coming into Vision Vancouver. Mayoral candidate Ian Campbell said the mayor’s suggestion helps set in motion the next housing advance the city needs to make. “It’s a natural progression for the next council. I certainly am happy to continue to champion this.”

And Hector Bremner, elected as an NPA member but now setting up a party called Yes Vancouver, said it’s a needed step forward. “We can no longer rely on single-family homes on 5,000-square-foot lots.” 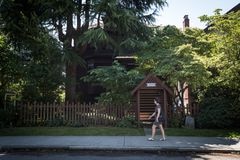 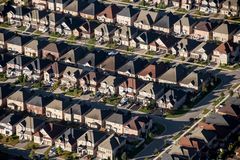