Vancouver’s mayor is itching to get to Ottawa with his shopping list of urgent city requirements: a safe drug supply to prevent overdose deaths, money for a subway line to the University of British Columbia, and more cash for much more housing.

Kennedy Stewart is feeling good about that visit next month, knowing the Liberals will still be dominating the federal government, but they may need to rely on NDP MPs – many from B.C. – to get things done.

“The 24 seats for the NDP is probably the best news for B.C. We’re going to have a much stronger voice now,” said Mr. Stewart, a former NDP MP who made headlines before the federal election by urging Vancouverites to vote for any party but the Conservatives. Mr. Kennedy bluntly said the Tories would be a disaster for the Vancouver because of their unwillingness to deal with any of its big issues.

He’s not the only mayor in Metro Vancouver who is pleased with the election results, although his shopping list may be the longest.

New Westminster Mayor Jonathan Coté, chair of the mayors’ council at regional transportation authority TransLink, said he is encouraged after both the Liberal and the NDP platforms included “some pretty significant commitments for investing in public transit.”

He said local politicians are now hopeful there might be early money for a third phase of transit improvements. “I think we’re cautiously optimistic that it looks like a coalition government will partner with major cities.”

Re-elected Liberal MP Ken Hardie, who represents the Surrey riding of Fleetwood-Port Kells, through which a new SkyTrain line will run, has already said he will be pushing to get enough money to get the line further than the current budget allows, which would take it only to Fleetwood.

“You need the line to Langley to make it work,” said Mr. Hardie, who thinks one factor in his win was voters’ appreciation of the money the Liberal government had promised for transit improvement south of the Fraser.

But there is still a lot of anxiety about what exactly might come through.

Mr. Stewart said he needs a commitment about transit money from the new government in the budget, usually announced in February or March, for the line to UBC to proceed.

If Vancouver doesn’t get that, the mayor said, the TransLink mayors’ council will likely be unwilling to spend $50-million to develop a business case for the line – a vote that is coming to the council in the spring.

Mr. Stewart is also hoping for yet another big commitment to housing from the new government, even after Housing Minister Jean-Yves Duclos was dispatched to Vancouver in August to announce $184-million in additional aid for 1,100 apartment units and townhouses the city has in the works.

Again, he’s hopeful that having to rely on the NDP will result in more action from the Liberals, who were criticized many times in the past four years for making big promises about housing but not delivering the money.

“The NDP promised a lot more housing and we want everyone to understand how unique Vancouver is,” he said.

The mayor, who is planning a trip with numerous visits to various cabinet ministers in the third week of November, said he will also be pressing for safe drug supply in Vancouver – a legal, clean stock of drugs to prevent people from overdosing on the fentanyl that has been mixed in local products to lethal effect.

In the end, mayors are also wondering about what to do about the dilemma of Conservatives being shut out of cities after yet another campaign where they seemed to not understand what cities need.

Mr. Coté said he’s actually relieved there will be a few more Conservative MPs in the surrounding region, so there can be more lines of communication.

“We are going to want to engage more with the Conservative Party and highlight the importance of investing in cities. The Conservative platform was definitely lacking and, in future elections, we hope they will be better positioned,” he said.

Party Leader Andrew Scheer had promised to cut $18-billion in infrastructure funding in the next five years, if elected, a move that sent shock waves through the Vancouver region.

Opinion
A simple one-party majority isn’t the only way forward, and other lessons from odd governments
Subscriber content
October 19, 2019 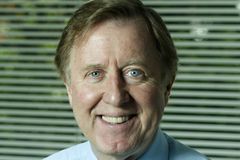 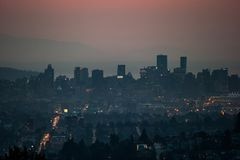