Vancouver Mayor Kennedy Stewart, a political-science professor more given to policy analysis than verbal sparring, has spent part of the past two weeks making scathing criticisms of his city’s police force and what he says is a lack of will on its part to tackle systemic racism.

The confrontation has come to a head after more than a year in which the mayor has attempted to respond to calls for racial justice since the murder of George Floyd by a Minneapolis police officer. Mr. Stewart has called for the Vancouver Police Department’s budget to be curtailed, and he has been vocally critical of the department’s handling of two incidents that became high-profile embarrassments for the city.

Mr. Stewart said in an interview that he blames his conflict with the VPD on what he considers a structural flaw in the relationship between British Columbia mayors and police boards. A B.C. mayor can act as chair of police board meetings, and can be a board’s public representative, but can’t make motions or vote.

Meanwhile, in Vancouver, relations between the mayor and the police have deteriorated. Mr. Stewart is now the subject of an official complaint to the Vancouver Police Board, filed by a police sergeant who claims the mayor has created a toxic work environment for officers.

In his letter of complaint, Sergeant Blair Canning writes that the mayor “actively participates in eroding the public confidence and perception of the VPD by making generalized, often misinformed political statements, which contribute to an overall negative view of policing and police officers.”

Last week, Mr. Stewart announced that he would no longer be the Vancouver Police Board’s public representative – a move he had actually made privately a month before.

“I have stepped down as the spokesperson for the board because I find their positions indefensible,” he said.

The current conflict has its roots in June, 2020, when Mr. Stewart began trying to persuade the police board to make a motion to abolish police street checks. Data obtained in 2018 from police records showed that Black and Indigenous people were being stopped for checks at disproportionately high rates.

Mr. Stewart didn’t have the power to table the motion on his own – and, he said, no board members offered to help. Instead, he took a motion on the same topic to Vancouver’s city council. Councillors supported it unanimously, but the police board didn’t act.

In December, 2019, an Indigenous man and his granddaughter were handcuffed by police after an employee at a downtown Vancouver BMO branch called 911 to report them for suspected fraud – an allegation that proved to be baseless. Earlier this year, police stopped and handcuffed retired British Columbia Supreme Court justice Selwyn Romilly, an 81-year-old Black man, in an apparent case of mistaken identity.

Mr. Stewart publicly criticized the VPD over these incidents. In December, he supported a motion to limit an increase to the police budget during the COVID-19 pandemic, a move strongly opposed by police. After council narrowly voted in favour of that limitation, the police board filed a request with the province to have the council decision reviewed.

Vancouver Police Chief Adam Palmer has said that although there might be some officers with racist views, the force does not have a systemwide problem with racism. Others defending Vancouver’s police, including Canadian Police Association president Tom Stamatakis, have pointed to the force’s strong programs in diversity hiring, which have resulted in 30 per cent of the force being made up of people of colour.

Ginger Gosnell-Myers, who was the city’s first Indigenous-relations manager from 2016 to 2018, has been supportive of Mr. Stewart. “I’m not even a fan of this mayor, but I don’t think the mayor is grandstanding,” she said. “What the mayor is talking about is an attitude problem and the impact that has on decisions.”

But two former Vancouver mayors told The Globe and Mail that they think Mr. Stewart has mishandled the situation.

“It’s such a corrosive thing to do,” said Sam Sullivan, who had his own conflicts with police at times when he was mayor between 2005 and 2008. “His job is to defend and bring confidence to the institution.”

Larry Campbell, the city’s mayor from 2002 to 2005, was also critical. He suggested that Mr. Stewart is trying to shore up his left-wing image in preparation for next year’s election.

“There were other steps he could have taken,” Mr. Campbell said.

In other major Canadian cities, police boards have recently made steps toward tackling systemic racism.

In August, 2020, the Toronto Police Services Board approved a 121-page report on police reform that stated bluntly that “the Board must be a catalyst for reform that addresses systemic racism in the areas of community safety and policing.”

Among the 81 recommendations was one that directed the police chief to “identify how existing police training can be changed to address systemic racism.”

Calgary Police Chief Mark Neufeld was outspoken last fall in talking about what he planned to do to tackle racism. He made his statements after city council organized public sessions for people to talk about systemic racism.

In September, Chief Neufeld co-signed a report from the Calgary Police Service commission on anti-racism, equity and inclusion that started its introduction by saying: “We know that the very foundation by which policing was created was inherently racist, and yet, our vision today is to lead a police service that is committed to dismantling systems of inequity by working to become anti-racist and relentless in our pursuit of equity, diversity and inclusion.”

And the Canadian Association of Chiefs of Police, where Vancouver’s Chief Palmer is a member, made a presentation to the federal standing committee on public safety and national security in August. Their report openly acknowledged the presence of systemic racism in policing.

Mr. Stewart said that police in other cities took action against systemic racism because those cities have better governance structures for overseeing police. He added that he believes that police boards in cities outside B.C. receive more input from regular citizens and politicians.

He said that it took him a while after he was elected to see what the problems were, both with systemic racism in the police force and with the structure of the police board. The intensive anti-racism training that he and his staff have been undergoing since January, he said, has changed his thinking fundamentally.

He added that he plans to appear before the province’s special committee on reforming the Police Act, where he will advocate for change to the way police boards work in B.C.

George Harvie, the mayor of Delta, B.C., said he agrees with Mr. Stewart about the problems with police board structures.

The way boards function now in the province, “it’s totally set up for conflict between mayors as chairs and the board,” he said. Mr. Harvie wants to see more elected representatives from municipal councils on B.C. police boards, because the public sees councils as ultimately responsible for policing.

“I ran for office to make change, but [at police board], I’m just there to chair a meeting. I can’t even voice my concerns,” he said.

“Like all police services, the VPD is built on a foundation of structural racism and colonization, and the Board and the VPD have a responsibility to ensure that the essential work of dismantling any systems of inequity within our processes remains on the forefront of our priorities,” Ms. Wightman said.

But, she added, “There are many positive actions being taken by the Board and the VPD with respect to anti-racism initiatives, ensuring a diverse work force, ensuring inclusive policies that do not contribute to any biased or discriminatory practices, and providing relevant cultural sensitivity training, that we will be sharing on a more proactive basis in the coming weeks.”

At this Thursday’s police board meeting, deputy chief Steve Rai spoke at length about planned efforts to review VPD policies for any signs of racial bias.

“In the 21st century, our institutions, including police, must ensure systemic biases are not embedded,” he said. 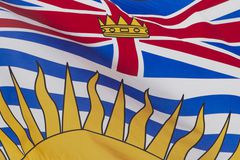 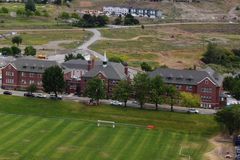 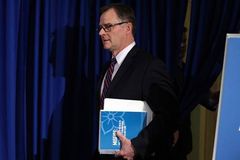