Vancouver paid more than the $7.5-million estimated by city staff two years ago to expropriate two decrepit Downtown Eastside hotels from the Sahota family, The Globe and Mail has learned.

The city has kept the value of last month’s deal secret but two sources with knowledge of the transaction confirmed the city paid more than a previous staff estimate for the buildings. The Globe is not identifying these people because they were not authorized to speak about the expropriation process.

The hotels sit across from each other on East Hastings Street and had for decades provided low-cost housing to hundreds of tenants while routinely violating city bylaws related to pests, plumbing and fire safety.

Two top bureaucrats, in a Sept. 19, 2018, confidential memo obtained by The Globe, told the previous city council that they estimated the entire process of expropriating the shuttered eight-storey buildings would cost about $7.5-million. That is just over the 2019 assessed values of the properties.

A year later, staff recommended council expropriate the two buildings for $1 each, a process which ended last month.

The City of Vancouver has declined to disclose the price it paid. Under the provincial law governing expropriation, the city has to pay fair market value for the properties.

Former councillor Kerry Jang, who was sent the 2018 memo, said he doesn’t fault the current council for paying fair market value for the properties, but he understands the public outcry over the value of the deal being kept secret.

“The public should know what’s being spent,” Mr. Jang said. “Everybody wants [the Sahota family] to get nothing and everybody wants the city to take it as punishment, but an expropriation is done at fair market value so whatever that B.C. assessment of that land is conceivably what they got.”

Mayor Kennedy Stewart said in an e-mailed statement that council agreed to the Sahota family’s request for secrecy on price because it wanted to avoid the uncertainty of a legal challenge to the expropriation.

“While it’s not a perfect situation, settling under these terms helped lessen risk from judicial review and potential compensation claims,” he said.

Council met in private on Thursday to see whether it could divulge more about the agreement to the public. The mayor’s spokesperson said that afternoon no more details are allowed to be released.

Councillor Rebecca Bligh said she and other councillors had asked staff to explain why the negotiations included the stipulation that the value of any deal remain secret.

“It is a question that is being raised and is being raised back to staff by myself and other elected officials who are wanting to respond to the public disappointment around that piece of it,” she said. “I can understand the public’s strong desire to know all of the details.”

She also said the settlement sped up the reopening of these units and mitigated the risk that the family could take the city to court for more compensation.

Councillor Christine Boyle said she and her colleagues had to balance the need for transparency with the desire to get more than 300 of the shuttered units of affordable housing back online as soon as possible.

“It was a requirement and, given the moment we’re in with the urgent need for housing and alignment among many levels of government, [worth it] to create affordable housing as quickly as possible,” she said.

The Sahota family, through its lawyer Evan Cooke, has said its undisclosed settlement with the city came about because the extended closure of the hotels amid the COVID-19 pandemic, coupled with the continuing opioid crisis in the Downtown Eastside, “weighed heavily on our minds.”

The Balmoral and Regent hotels were ordered closed in 2017 and 2018, respectively, after the city and its inspectors failed to keep the owners from letting conditions inside become unlivable. Before they were ordered closed, both buildings were generating tens of thousands of dollars a month in rents – mostly from social-assistance subsidies – and had assessed values of more than $10-million.

Some residents of the Regent were moved into nearby Jubilee Rooms social housing purchased weeks earlier by the provincial housing agency, which paid $14.8-million for the 78-unit building in order to house these displaced tenants.

In 2012, the City of Vancouver purchased a 122-room hotel in East Vancouver for $15.5-million to offer housing to low-income seniors.

Documents filed with the Land Title and Survey Authority of B.C. for the Regent and Balmoral transactions show a market value of $1 each, but do not record what was paid for the properties to change hands. This exemption is allowed under the province’s property transfer law because the deal was made with a municipality.

Ron Usher, general counsel for the Society of Notaries Public of BC, whose members oversee a large number of real-estate transactions in the province, questioned why the amount was kept secret.

“This is public money being spent on something that was long regarded as a big problem in this city,” Mr. Usher said. 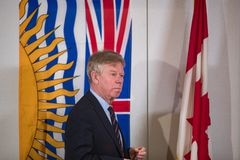 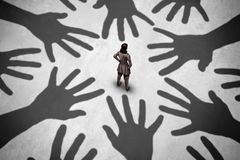 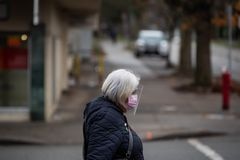 Follow Mike Hager and Frances Bula on Twitter @MikePHager @fabulavancouver
Report an error Editorial code of conduct
Due to technical reasons, we have temporarily removed commenting from our articles. We hope to have this fixed soon. Thank you for your patience. If you are looking to give feedback on our new site, please send it along to feedback@globeandmail.com. If you want to write a letter to the editor, please forward to letters@globeandmail.com.
Comments