For the past couple of years, Vancouver’s ruling party, Vision Vancouver, raised $1-million a year between elections just to pay staff and run an office.

Under the province’s new election-finance rules, the party can still do that – and continue to not disclose where the money is coming from in nonelection years, as it has in the past.

The new law passed last October put limits on campaign fundraising and spending, banning corporate and union donations and limiting personal donations to $1,200, but the changes do nothing to address party operations.

Vision officials say the party won’t be taking advantage of that loophole during the election campaign leading up to this October’s civic elections.

“It goes against the spirit of what the legislation intends,” party vice-chair Michael Haack said.

However, the city’s other long-standing civic party, the Non-Partisan Association, says it will continue to raise money for operations in any way that complies with the new rules. That means that for operations, it is prepared to take money from corporations or to accept donations over the new $1,200 limit for campaigns.

The party recently hired two staff after running on volunteer power for the past few years. Although Mr. Baker said the party wouldn’t be spending anything like Vision, it would need more than a few thousand a month for operations.

The NPA says they spend about $150,000 a year for party operations.

It’s just one of the grey or contradictory areas that parties are discovering in B.C.’s new campaign-finance rules for municipalities as they gear up to comply with legislation that is intended to end the province’s “wild west” approach to campaign financing and bring it into line with many other jurisdictions, from the City of Toronto to the federal government.

That has some parties worried.

“You could have all this dark money come in,” said John Whistler, the financial agent for the Green Party of Vancouver. “I couldn’t believe there would be such a gap in the regulations. It really creates an uneven playing field.”

Mr. Whistler said there could be a real problem if a party claims that a lot of its expenses during its campaign are “operating” expenses. Like Vision Vancouver, the Green Party intends to follow the no corporation/no union/no contribution of more than $1,200 rules for all its fundraising, whether for operations or the campaign.

He also noted that there is no requirement for any party to have its expenses audited.

“At the federal level, the minute you go over $5,000, you’re expected to have an auditor. It’s difficult for Elections BC to be the auditor for every campaign.”

Elections BC has been fielding many calls from prospective candidates and civic political parties in the last few months, as people try to understand exactly what they can and can’t do in the lead-up to October’s civic elections.

There still aren’t answers to some questions.

One area that many are wondering about is third-party spending – organizations or community groups that raise and spend money to support issues or candidates.

Dermod Travis of IntegrityBC, the non-profit that monitors issues such as that, says he believes third-party spending won’t be a big issue.

Any third party is limited to spending no more than $150,000 over all in the province, and it must comply with spending limits in each jurisdiction.

Mr. Travis said past evidence indicates that very few third-party groups have come anywhere near spending that amount. And he has his doubts that there will be a sudden wave in the future.

“I find it tough to imagine when it comes time to fish or cut bait that the [developers] Bosas or the Walls are going to set up dozens of third-party groups to try and influence local elections when they see the hoops and whistles – and the risks,” Mr. Travis said.

“They’ll also be facing dozens of self-appointed citizen watchdogs scouring for any sign of wrongdoing.” 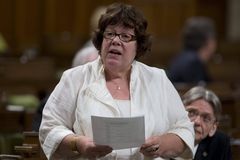 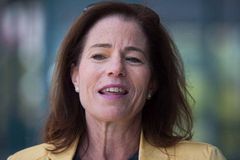 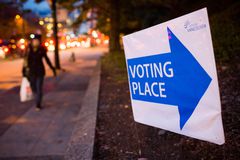