Vancouver is pausing its unprecedented attempt to expropriate two derelict hotels as it tries to negotiate a settlement with the Sahota family, whose empire of rental units housing some of the city’s poorest residents has amassed hundreds of bylaw violations over the last 20 years.

A spokesperson for British Columbia’s Attorney-General told The Globe and Mail on Wednesday that the independent expert appointed by the province has delayed issuing its final report - which was due Thursday - into the city’s move to take over the Regent and Balmoral hotels in the Downtown Eastside neighbourhood. The province will delay the report until May 1 of next year to give both parties more time to negotiate the sale of the roughly 300 vacant units.

Lauren Stasila, a spokesperson for the City of Vancouver, said either party can restart the expropriation process at any time, but both the Sahota family and the municipality are completing independent appraisals of each property, which will take into account their structural and heritage concerns.

“Expropriation can be a long and complex process and the City is working diligently to bring the buildings into public ownership,” she said in an e-mailed statement. “Both buildings would need extensive remediation work, if it is feasible to renovate them, before they would be fit for occupancy.”

Vancouver announced plans in July to expropriate the buildings – comprised of cheap single-room apartments with shared washrooms – for an undisclosed price after ordering both hotels closed for health and safety reasons due to “decades of mismanagement by the building owners.” The city has expropriated properties in the past to make way for the construction of parks or roads, but it had never gone after real estate to punish a problem landlord.

The family responded by asking the province to appoint an inquiry officer to review Vancouver’s push for public ownership.

The Sahotas have said that the city failed to negotiate in good faith and noted that they are prepared to post a bond to ensure the necessary repairs are done and to prevent the expropriation.

The family also maintained the city had not done all it could to enforce its own bylaws, adding that “to interfere with the Owner’s private property rights is draconian, given the city has other, less invasive and less authoritarian, remedies.”

A Globe and Mail investigation published this spring found hundreds of bylaw infractions and repair orders had been inadequately fulfilled or ignored outright over the years, leading to unsafe and unsanitary conditions.

The Sahota family controls nearly 500 or about 16 per cent of the roughly 3,000 privately held units in the city’s stock of single-room occupancy (SRO) units – but it’s the volume of violations that make the Sahotas stand out. A large portion of Vancouver’s poorest residents live cheek-to-jowl in these rooming houses, many of which were built a century ago for single loggers and fishermen – blue-collar workers who adorn either side of the city’s official coat of arms.

Reached by telephone Wednesday, Gudy Sahota, a sibling involved in the family’s real-estate holdings, declined to comment. Evan Cooke, a lawyer representing the Sahotas in the expropriation process, also declined to answer questions about the reopening of negotiations with the city.

The Regent, at 160 East Hastings St., had an assessed value of $12.2-million as of July 1, 2017, made up of $2.5-million for the land and $9.7-million for the building. That assessment reflects the value of the Regent when it was still operating as a rental property and before the city shut it down in June.

The Balmoral, across the street at 159 East Hastings Street, had an assessed value of $2.7-million as of July 1, 2017, made up of $2.5-million for the land and just $139,600 for the building. That assessment came after the city ordered the building closed for safety reasons in June 2017. The Balmoral’s previous assessment valued the land at $2.3-million and the building at $7.7-million – reflecting its use at the time as a large rental property.

Former tenants of the two buildings lost an attempt earlier this month to certify a class-action suit against the family for the poor living conditions they say they endured for years because of the family’s profiteering. Instead, a judge ruled their concerns were best addressed by the provincial Residential Tenancy Branch. 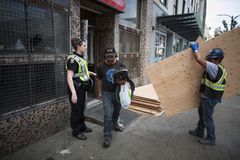 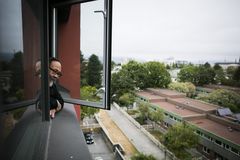 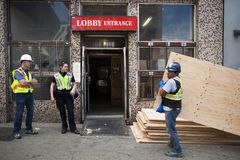