Before March, Vancouver’s architects, builders and tradespeople negotiated for permits at City Hall in a way that was reminiscent of the 19th century.

They lined up outside the city’s permits department on 10th Avenue in the early hours of the morning, rolled-up development plans or sheaves of paper in hand. Or they waded through months of meeting appointments, which required labourious scheduling to ensure that everyone involved could be there in person.

That’s all vanished, for the moment. Meetings are virtual. Plans and drawings can be sent online.

And many of the city’s regular customers are hoping this can be the way Vancouver operates forever.

“Immediately after COVID hit, the city, they just rallied. They really started to implement a lot of protocols and policies people have been asking them to do for a long time,” says Marianne Amodio, an architect and one of a group of 10 architects, builders and former city planners that sent a joint letter to the city recently commending them for the new system and asking for it to continue.

Web-conferencing meetings using Cisco technology have saved people hours already, said Ms. Amodio, who is working on the restoration of a 1910 building on Commercial Street, among several other projects.

“It’s just so much more efficient, not driving to the meeting, looking for parking, and everything else.”

And they’re saving money, too. Because plans can simply be e-mailed in and passed around to as many departments as necessary, with PDFs on the Posse workflow system, that means no more expensive paper copies.

“If I have to print a 45-page document five times in colour, that’s thousands of dollars,” says Ms. Amodio, on behalf of the group that included architects James Bussey and Stephane Laroye, laneway-house builders Bryn Davidson and Jake Fry, and former city planners Scot Hein and Michael Mortensen.

The letter from the group said everyone appreciated the new solutions-oriented, collaborative attitude from city staff, who have dealt with 306 development permit applications so far this year – a number not that far from the 358 at the same time last year.

The city manager who drove the massive effort that happened in March to transform the system from its “bricks and mortar” business to online said she hopes the successful kick-start means even more change is possible.

Vancouver’s politicians and managers have talked for decades about the need to radically alter its current permitting system, as everyone from major developers to laneway-house builders to plumbers have complained vociferously about the complex, lengthy, uncoordinated and erratic processes they have to go through.

But the system has only grown worse, as new administrations and councils introduce new policies on sustainability, tree preservation, accessibility, heritage protection and more, some of which directly contradict each other.

Ms. Adcock is one of a long line of people who have been asked to fix the mess, which involves 300 staff across three divisions, ranging from clerks at the front desk to inspectors.

She had just started pondering longer-term, more comprehensive reforms – one of which included a regulatory review committee that aimed to make the city’s many policies clearer – when the pandemic forced everyone to work at home.

The province had made it clear that construction was an essential service, which meant the city needed to find a way to keep development permits going.

“In the last four months, our focus has been business continuity,” said Ms. Adcock. “And we were able to be super creative, with a very scrappy startup mode.”

That involved designing new templates for online applications, finding technology robust enough to allow staff to deal with online plans, including adding comments to them, and get multiple departments to work more closely together.

But, she acknowledged, that’s only the beginning. “We have to keep doing more of it,” she said, noting the letter is among the cues to keep going.

In spite of the progress, said Ms. Amodio, things are starting to clog up again and permit applications are going into black holes more often recently.

Beyond that, the city still needs to do major work to develop a standardized, simplified set of rules that everyone agrees on, she added.

“We’re overregulated and all the regulations are in silos now,” Ms. Amodio said. “There’s so much intelligence at the city but it’s really difficult to get a cohesive set of priorities.” 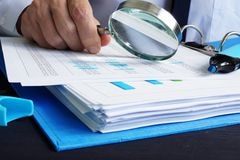 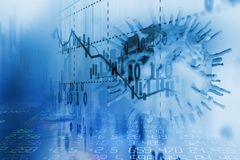 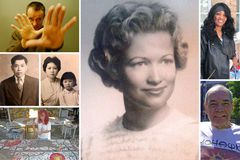