The Vancouver Police Department will continue to do street checks but has adopted a new series of guidelines amid concerns that officers are disproportionately stopping people of colour.

The new policy announced in a statement Tuesday is intended to align with new policing standards issued by the province and effective Jan. 1.

However, the force declined to ban the practice. Elsewhere in Canada in such cities as Halifax and Toronto, the checks have been stopped or effectively ruled out.

Asked about continuing the practice, department public affairs director Simi Heer said in a statement that Chief Constable Adam Palmer would speak to the issue at the next meeting of the Vancouver Police Board, to be held on Thursday.

“For now, I can tell you that street checks are an important tool for us for proactive policing,” she wrote.

The police board has launched an external review of the force’s use of street checks that should be released in coming months, Ms. Heer said.

Ms. Heer said the force previously did not have a formal approved policy in the regulations and policy manual.

She wrote there was a draft policy for a few years, but it has now been revised and finalized with the release of the provincial standards.

Under the new guidelines added to the department’s regulations and procedures manual, street checks cannot be used in an arbitrary or random way or based on such factors as race or colour.

“Arbitrary or random street checks or police stops, which may or may not include a request for or the collection or recording of a person’s identifying information, shall not be conducted,” says the section in the manual.

It also says police must ensure that interaction with a person is voluntary by telling them they are not required to provide identifying information, answer questions and can “walk away at any time.”

Street checks should not be conducted if detention, arrest or an application of statutory authority is appropriate, says the manual.

The Union of British Columbia Indian Chiefs and the B.C. Civil Liberties Association, in the past, have raised concerns about the checks. Data released in 2018 by the Vancouver police through a freedom-of-information request showed stops disproportionately involved people who were Indigenous or black.

The percentages had been about the same over the past decade. In 2008, about 15 per cent of individuals checked were Indigenous while about 5 per cent were black.

In response, the force denied the stops were discriminatory.

The B.C. Civil Liberties Association declined to comment on the new policy Tuesday but said a statement would be issued Wednesday or Thursday.

The Pivot Legal Society, a Vancouver-based legal advocacy group, said in a statement that community groups who participated in consultations to inform provincial standards on policing “are disappointed that a full moratorium on the practice of street stops was not implemented.”

“We continue to call for a moratorium on street checks so that police departments will cease this harmful practice,” said the statement issued by spokeswoman Sozan Savehilaghi.

The chiefs’ union did not issue a response to the policy by deadline on Tuesday.

Hope Latham, a public affairs officer with the B.C. Ministry of Public Safety and the Solicitor General, said in a statement that provincial guidelines were in line with a bid to promote “unbiased policing” based on recommendations from the Missing Women Commission of Inquiry, which issued a final report in 2012.

“The government is adamant that we need to ensure that delivery of police services in B.C. is fair, equitable and responsive to vulnerable groups and that a framework is in place that helps hold police accountable to that,” Ms. Latham said. 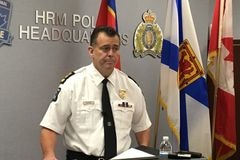 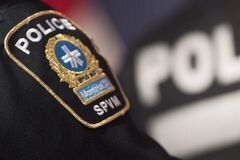 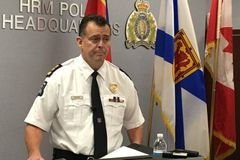