Vancouver police are defending the value of street checks as a pro-active public-safety tool helpful for fighting crime, but say reforms to the way they are done should deal with community concerns about them.

At the monthly police board meeting on Thursday, the department responded, in detail, to criticism of the checks, which have been stopped or effectively ruled out in other Canadian cities.

“It’s like with any contentious issue. You will have people that will come down on the side that you should never do [these] under any circumstances whatsoever. You will have other people who think the police should do these all the time,” Chief Constable Adam Palmer told reporters.

He said the newly unveiled guidelines find a “sweet spot” that respects civil and human rights, but also still allows the police to prevent crime.

Earlier in the week, the Vancouver police announced they are adopting a new policy in which street checks cannot be used in an arbitrary or random way based on such factors as race or colour.

The new rules, added to the department’s regulations and procedures manual, say police must ensure that interaction with a person is voluntary, by telling them they are not required to provide identifying information or answer questions, and that they can walk away at any time.

Vancouver Mayor Kennedy Stewart, who attended the meeting on Thursday, said the police board is reviewing a report on the subject and will consider additional policy measures.

“It’s something we will continually look at because it is an issue. I do think these provincial guidelines are a very, very good first step,” he said.

The association and the Union of B.C. Indian Chiefs have previously raised concerns about the checks. Data released in 2018 by the Vancouver police through a freedom of information request show stops disproportionately involved people who were Indigenous or black.

Meghan McDermott, the BCCLA’s staff lawyer, acknowledged the police have, at least, adopted policy on the issue, but said that the new policy “misses the mark” because the terminology in the policy is confusing.

She said, in an interview, that there is no evidence that checks have been helpful and that what has been provided is largely anecdotal.

Ms. McDermott also said the BCCLA is concerned about the dispensation of data collected during past police checks that did not conform to the new policy.

“There needs to be a severe restriction on how the police interact with members of the public because the voluntariness of an interaction, we think, is like kind of an oxymoron,” she said.

"What we say [is] that all interactions between the public and police are inherently non-voluntary.”

The monthly police-board meeting saw the release of a report from Drazen Manojlovic, the planning and research director for the force, in which he dubbed the approach a public-safety tool.

“There are many documented cases where a street check was ultimately the key to solving investigations ranging from property crime to serious violent crimes, including homicides,” he wrote.

And also the report emphasizes the need for police to ensure people are voluntarily co-operating with officers during checks.

“It is acknowledged that a street check can be a stressful event for citizens. Not everyone who is stopped (and not formally detained) by the police will understand that they have the right to proceed on their way without answering questions,” Mr. Manojlovic’s report said.

“If a person reasonably but erroneously believes they have no choice but to co-operate with the police, Canadian law will find a psychological detention has occurred.”

During a presentation to the board, Mr. Manojlovic said officers who are about to do a street check, but conclude the member of the public feels psychologically detained, should end the street check at that moment.

“You need to be able to explain to the individual that, ‘Hey look. This is what I observed and this is why I am talking to you right now.’ Prior to that you need to inform them of, ‘You don’t have to talk to me.' " 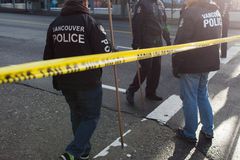 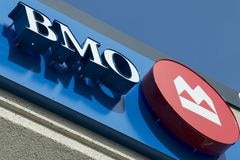 Senior Vancouver police officer ordered dismissed over relationship with constable who killed herself
January 9, 2020
Follow Ian Bailey,  on Twitter @ianabailey
Report an error Editorial code of conduct
Due to technical reasons, we have temporarily removed commenting from our articles. We hope to have this fixed soon. Thank you for your patience. If you are looking to give feedback on our new site, please send it along to feedback@globeandmail.com. If you want to write a letter to the editor, please forward to letters@globeandmail.com.
Comments