A teacher at a Vancouver-area high school has cancelled an assignment asking students to discuss trailers for a film dedicated to the founding of the People’s Republic of China after complaints that the movie was “pro-China propaganda.”

In several Mandarin classes at Steveston-London Secondary School in Richmond, B.C., a teacher showed Grade 10 to 12 students trailers for My People, My Country, a film celebrating the 70th anniversary of the PRC.

She then circulated a worksheet with questions such as “How did this movie make you feel?" and "What words or phrases in this movie made you feel good?”

On Thursday, after the assignment was circulated online this week and drew a backlash on social media, the school’s principal issued a letter to parents whose children attended those Mandarin classes.

“Concern has arisen due to the controversial and political nature of the film. Some reviews and critics of My People, My Country have been reporting that they see the film as a pro-China propaganda film,” said the letter, obtained by The Globe and Mail.

“With the current political unrest in Hong Kong, I understand your concern that you may have.”

A Facebook group formed by Hong Kongers in Canada and followed by thousands posted a picture of the assignment sheet on Wednesday evening, and it immediately sparked heated debate, with many group members worrying the patriotic film and the questions might “brainwash” the students.

“The content of this course contains discriminatory and propaganda [messages], and is offensive to [students] of minority ethnic groups, and is unfair to non-Chinese students,” the Facebook post says.

Carol-Lyn Sakata, principal of the school, said in the letter that the teacher had been asked to withdraw the assignment and students will discuss a different topic.

My People, My Country is an anthology of seven short stories based on milestone events since the establishment of the PRC, including the first Chinese atomic explosion in 1964, the 1997 handover of Hong Kong from Britain to China and the 2008 Beijing Summer Olympic Games.

Ms. Sakata said in the letter that the teacher informed her that some study of China’s history and culture is part of Mandarin language courses, and that she showed her students four of seven trailers for the film to highlight a historical event or cultural activity.

The letter said the assignment was for “oral practice only.”

As celebrations of China’s National Day holiday began on Oct. 1, the country’s theatres showed a slew of patriotic movies. My People, My Country topped the Chinese box office. The film, which has also been shown in several cities across Canada, has earned more than 2.7 billion Chinese Yuan, about $500-million.

But Ding Guo, a commentator and producer at OMNI BC Mandarin News, said it’s necessary for Canadian students who are learning Mandarin to talk about a hotly discussed movie in China, even if it is propaganda.

If people are concerned the students “would be brainwashed simply because of [a movie], then I personally feel they are lacking confidence in Canadian education system,” he said in an interview.

“The more we discuss a movie like this, the more we can see that our civic society, compared to China’s, is superior.” 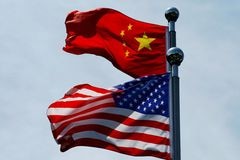 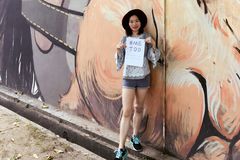 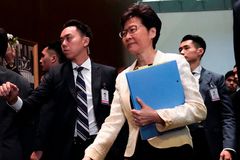