Long lines and harried election officials welcomed voters attempting to cast ballots for Vancouver’s mayor and council on Saturday, the result of an unprecedented number of candidates and a ballot as long as an arm.

Some delays stemmed from the long time it was taking to feed the very lengthy ballot into the electronic tabulating machine.

In some places, returning officers were simply taking people’s ballots in their “secrecy sleeves” -- a cardboard folder that hides the vote choices until the ballot is fed into the tabulator -- and stacking them to the side to feed through later.

Ken and Marilyn Waithman said it took them about 25 minutes to get through the process, with the wait for the ballot machine even longer than the time it took to pick out candidates.

There are 158 candidates on the ballot, competing for 27 positions, including mayor and seats on city council, school and parks boards.

“It’s a pokey process,” said Mr. Waithman. “It takes 20 seconds to go through [the machine], so that’s only three people a minute.”

Here's what you need to know about Vancouver's civic election

The Roundhouse, a downtown-area community centre, is one of 10 “super sites,” with two ballot-processing machines instead of the normal one, but there were still almost 100 people lined up at noon. About 700 people had voted by that point.

David Brokenshire said when he voted earlier in the day, ballots were stacking up in their secrecy sleeves on a table as some people declined to wait for a returning officer to feed it into the machine.

The ballot is so long that the polling booths provided chairs for voters needing to spend as much as 15 minutes to fill everything out.

“If the ballot is rejected or needs to be recast, this increases the time taken to cast the ballot,” she said

She noted while some polling stations are swamped, not all are and the city was tweeting the locations of those with low wait times.

At a Mount Pleasant voting station, 80-year-old Chris Linag and his wife, Belen, said they ended up not voting for people they intended to because they couldn’t find all of their choices on the ballot.

Mr. Linag said he had prepared by using the city's voting tool, which allows people to choose their candidates at home on a special online form, and then print that out or email it to themselves to refer to in the voting booth.

"I planned in advance but I did not follow my plan because I couldn't find the names," he said.

But Darren Johner, a 52-year-old tourism worker who walked to the polling station with his young daughter, said he didn't have too much trouble.

However, he said he had noticed in the days before the election that he wasn't hearing as much discussion or excitement about the election among his friends and social-media contacts as in previous elections.

“I think there was just too many choices,” he said.

Mr. Robertson, who ran under the banner of Vision Vancouver, announced his retirement earlier this year. He was elected in 2008 on a pledge to battle homelessness and leaves office as the city grapples with a near-zero vacancy rate and housing prices that are out of reach for many residents.

The perceived front-runners include Kennedy Stewart, a former NDP MP who is running as an independent; Ken Sim of the Non-Partisan Association (NPA); Shauna Sylvester, executive director of Simon Fraser University’s Centre for Dialogue who is also running as an independent; and Hector Bremner, who was rejected as a candidate for the NPA and instead is running for a new party called Yes Vancouver.

Mr. Robertson’s time in office coincided with skyrocketing housing prices − the average price of a detached home in the city has more than doubled since November, 2008 − and an increase in homelessness. The city’s most recent homeless count, conducted in March, tallied 2,181 people, the highest number since regional counts began in 2005.

Under the Vision Vancouver banner, Mr. Robertson launched programs such as the Greenest City Action Plan, which included energy-saving building guidelines and bike lanes, and was at the helm during the 2010 Winter Olympics.

But he came under fire for going too far, too quickly, as in 2014 when a city proposal to build towers in the city’s Commercial Drive neighbourhood triggered a backlash. In a last-minute pledge during that year’s campaign, Mr. Robertson apologized for not always meeting voters' expectations, and won a third term.

By this year, concerns about housing affordability had reached a boiling point and Vision was flagging, with Mr. Robertson and veteran councillors, including Andrea Reimer and Kerry Jang, saying they would not run again. An opioid crisis − which the province declared a public-health emergency in 2016 – was devastating the city.

Vision’s mayoral candidate, Ian Campbell, withdrew from the race last month, and the party is running only five candidates for council. Even if all five are elected, Vision would be short of a majority on a council that consists of a mayor and 10 councillors. Vancouver does not have wards but instead has an “at-large” system.

The campaign was the first municipal race held under new rules brought in by the provincial NDP, which formed a minority government last year after 16 years of Liberal reign. The changes, announced last October, banned union and corporate donations and limited donations by individuals to parties or candidates to $1,200 per year.

(Mr. Stewart was among a group of candidates endorsed by the Vancouver & District Labour Council, which provided staff and funds to promote its chosen candidates.)

And, as reported by The Globe and Mail, real estate developer Peter Wall paid for a billboard campaign for mayoral candidate Hector Bremner, whose platform focused on building more housing.

Vancouver is the eight-largest city by population in the country, with about 631,000 residents. 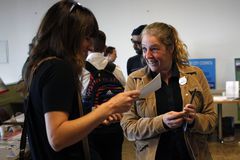 Opinion
It may be time to elect an independent again this Vancouver municipal election
October 18, 2018 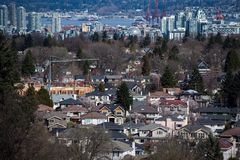 Follow Wendy Stueck and Frances Bula on Twitter @wendy_stueck @fabulavancouver
Report an error Editorial code of conduct
Due to technical reasons, we have temporarily removed commenting from our articles. We hope to have this fixed soon. Thank you for your patience. If you are looking to give feedback on our new site, please send it along to feedback@globeandmail.com. If you want to write a letter to the editor, please forward to letters@globeandmail.com.
Comments