A walker trying to navigate the north side of Broadway west of Macdonald in Vancouver would need to keep a sharp lookout to manoeuvre around the sandwich boards, the bike racks, the occasional table and chairs, and a host of other obstructions on the narrow sidewalk.

But, in front of the new building a couple blocks further west, where the venerable Parthenon specialty grocery store has recently moved into the ground level, it all becomes much easier.

That’s because the city required the building to be pushed back in order to create a wider sidewalk, part of a focused effort in recent years to make more space for pedestrians on busy commercial streets.

The change means that patrons of Parthenon’s can sit outside with their coffees or deli lunches at tables there without forcing pedestrians to walk around them.

“It’s nice. It creates more activity and more community. This is definitely better now on this side of the street,” says Parthenon co-owner George Morfides, who recently moved the store from a spot directly across the street.

The wider sidewalk on this block, along with several others on both East and West Broadway, is just one small piece of the changes that Vancouver planners and engineers are pushing to adapt to the transformation of this city into a much denser one.

“There’s not a lot of space on many sidewalks for trying to accommodate everything from patios to wheelchairs to people with canes. It gets really tight,” says Paul Storer, Vancouver’s manager of transportation design.

That has meant taking pavement away from cars, in some spots, and pushing buildings back in others.

In spite of that, there’s been almost no public opposition, in stark contrast to similar efforts the past decade to make room for bicycle lanes on streets, another piece of the general squeezing-in that is occurring in 21st-century cities.

Bike lanes have generated high-profile and fierce debates about the cost and usefulness. The only one of the city’s pedestrian changes that has attracted any attention at all was the closing of Robson Street in the block next to the art gallery downtown.

Elsewhere, the improvements have tended to be small and incremental, with little public backlash.

“Everyone is a pedestrian, so it’s seen as more of a benefit for everyone,” says Andrew Pask, executive director of Vancouver Public Space Network.

Builders aren’t complaining, either. They get the same number of buildable square feet, whatever the setback.

“And I think it does create a nicer environment. It’s not a pinched sidewalk,” said Tim Orr, the development manager at Orr Development, which constructed the apartment building where Parthenon now operates.

Whatever the case, the city’s introduction in the past 10 years of 100 curb bulges (corners where the sidewalk is extended into the usual crosswalk space to reduce the street-crossing time), 10 raised crosswalks, 730 intersections with countdown timers, at least three street closings to create new public hanging-out spaces, several street parklets that convert parking spaces to patios and dozens of new curb ramps, along with the requirement for wider sidewalks, has provoked almost no reaction.

If anything, there’s been criticism from pedestrian advocates that there isn’t enough money and energy going into improvements.

Sandy James, a former city planner who worked in the 1990s and early 2000s on what was then a big push to establish greenways in the city, says Vancouver used to be a leader in walkability design.

She says those efforts took a back seat during the decade-long aggressive effort by then-mayor Gregor Robertson’s Vision Vancouver party to put in more protected bike lanes. The city is now praised as one of the better biking cities on the continent.

“But in the last 10 years, we’ve really fallen down on taking care of the public realm,” said Ms. James, who now works as an independent consultant and is a founder of the Walk Metro Vancouver Society.

Like Mr. Storer, she sees the pressure only increasing on public sidewalk space.

“Sidewalks are now the default for anybody that’s not motorized or on a bike.”

But, she said, it hasn’t always had the same attention.

Public washrooms, for example, are noticeable by their absence.

Just basic cleanliness is another.

“There’s a lack of cleanliness, overflowing litter carts on Granville, people in the Downtown Eastside saying it feels not as clean as it used to,” Ms. James said.

The city has bumped up its budget for curb cuts, the dips in sidewalks at crosswalks that make it possible or easier for people in wheelchairs and canes to get to street level. But there’s still not a huge amount for maintenance, although two city workers are assigned to drive around Vancouver inspecting anything and recommending repairs for anything that could be a tripping hazard. (The city still gets sued multiple times every year by people who have fallen.)

Finally, both Ms. James and Mr. Pask advocate for even more than that to benefit the city’s many walkers.

Ideally, there should be places to stop along pedestrian routes, things to look at, benches to pause on. 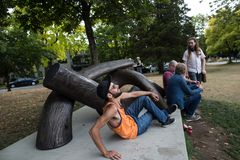 Opinion
Vancouver’s outdoor pools are making a bigger splash than ever
August 16, 2019 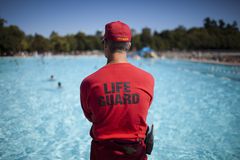