Vancouver won’t accelerate the building of more towers along the Broadway corridor in order to generate more developer fees that could help pay for the planned major subway line, say top officials.

“We have held the line [with the province and and the transit agency TransLink] that we are not funding the line through charges on extra density,” said Vancouver’s chief planner, Gil Kelley. His planning team is already facing some opposition to the subway by Vancouver residents who fear it will mean turning Broadway into a canyon lined by high-rises full of expensive condos.

“We’ve been pushing back pretty hard.”

But that stand is prompting concern from others in the region, where mayors have repeatedly said in the past few months that Vancouver will need to look at how it will contribute extra to the $7-billion line, especially if it wants the second half of the extension, from Arbutus to the University of British Columbia, to be built underground.

“If we’re taking funding sources off the table on Day 1, that may set the project behind,” said New Westminster Mayor Jonathan Coté, chair of the TransLink Mayors’ Council. “We know it will be a very expensive project and current funding sources, like property tax, the gas tax, fares, are probably not going to be anywhere near enough.”

Mr. Coté said something the whole council has been looking at to pay for future transit improvements is some kind of land-value tax – a tax on the increased value of the properties around the line.

As well, provincial politicians from both the Liberals and the NDP have said that communities reaping the benefit of new transit lines need to be prepared to add new housing around them.

The city’s stand is one that is sure to set off years of debate as regional mayors work to come up with a consensus solution on how transit projects beyond the current set will be paid for.

At the moment, the first half of the Broadway extension, from Clark to Arbutus, has its funding identified. But financing the section from Arbutus to UBC is still a giant question mark, and it’s not known yet if Vancouver will insist that all of that line be underground and what the region will expect the city to pay from that bill.

District of North Vancouver Mayor Mike Little said he believes Vancouver and UBC should have to cover the whole cost of going underground, which he calls an “entirely optional” choice for the city that might cost as much as $3-billion.

However, Vancouver’s top planners and engineers, along with the mayor, say the city will be contributing in other ways and that there are other partners who will be chipping in.

Mayor Kennedy Stewart said the second extension, from Arbutus to UBC, can look to the university, the Musqueam, who have land they’re developing near UBC, and the three First Nations who own half of the Jericho lands in the west.

“Those three partners could bring a whole bunch of things: land, cash,” the mayor said.

“We contribute by reducing the cost of the project,” Jerry Dobrovolny said.

City staff also emphasize there are already many thousands of people living along Broadway now and no shortage of customers on its B-Line. It’s the busiest bus line in North America.

Vancouver planners, who kicked off a Broadway public-consultation process this week, are facing a lot of potential backlash from people living near the future line who fear a wave of new development, such as the one that hit Cambie Street along the Cambie line, and losses of rental apartments in one of the region’s most renter-heavy areas.

Special-projects planner Kevin McNaney said that almost 50 per cent of the land in the current Broadway plan area is rental apartments.

He and Mr. Kelley said the city is looking at how to increase rental apartments and office space along the line, both of which are needed.

But, they said, the city is very wary of allowing wholesale redevelopment. They are hoping to develop a new approach that will allow for development of new rentals without displacing existing tenants. 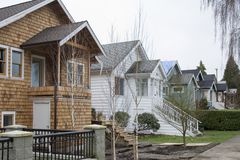 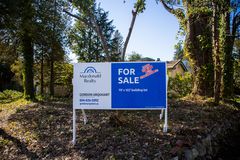