Vancouver’s centre-right political party has chosen its candidate for mayor for the next municipal election, but the election is more than a year away and the candidate was appointed without a membership vote.

The highly unusual move by the once-dominant Non-Partisan Association means Vancouver Park Board commissioner John Coupar will represent the party in the October, 2022, vote. Mr. Coupar, who ran for the party’s nomination in 2018 but lost to Ken Sim, was appointed after he was offered the position by the board last week. Current elected NPA councillors weren’t aware of it until after the decision.

Most NPA councillors declined to comment Monday, but a councillor who left the party to sit as an independent, Rebecca Bligh, called the move problematic.

“It is more troubling action out of the NPA. It looks like a complete disregard and ignoring the NPA caucus.”

It’s unclear when the decision to appoint Mr. Coupar was made. Mr. Coupar said he was asked last week if he would accept the nomination.

The NPA caucus had asked the NPA board in January to hold a long-delayed annual general meeting to elect new board members, after a series of media reports about the activities of some NPA directors – from deriding the need to wear masks during the pandemic and making derogatory comments about homeless people in Yaletown to making white-power hand signals at a pro-Trump rally.

That meeting has not happened yet, so Mr. Coupar’s nomination was made by the existing group.

NPA president David Mawhinney, in a statement, called Mr. Coupar an example of the “best of Vancouver” and a person who has handled difficult debates at the Park Board “deftly and brilliantly.” But his candidacy has already set off a small bomb of debate over both the process used and what he will stand for.

Mr. Sim, who has said for months that he plans to run as an independent candidate and has raised more than $500,000 for that effort, said the process looked like the worst kind of backroom deal.

Mr. Coupar, a 64-year-old retired president of a carbon-neutral delivery company, said he looks forward to being the kind of mayor who listens to people and makes sure that the city is well run.

He has become best known in this term for his strong criticism of how the Park Board and city handled the homeless camp in Oppenheimer and Strathcona parks, along with his opposition to converting one lane of the two-lane road in Stanley Park for bike use only.

Mr. Coupar became a public figure more than a decade ago when he led the drive to prevent the new Vision Vancouver council from closing down the Bloedel Conservatory at Queen Elizabeth Park as part of a budget-cutting sweep. He has been elected three times to the Park Board.

Mr. Coupar said that he can bring a new look to the beleaguered NPA, especially the board about which he has had concerns. “I think I can bring a moderate group together.”

But critics say Mr. Coupar represents an entrenched right-wing approach that is out of touch with the current city.

“And I don’t think that’s what the city needs.”

OneCity Councillor Christine Boyle said, besides the problems with the bad process for selecting Mr. Coupar, it was a small slap in the face for the experienced female councillors from the party. Sarah Kirby-Yung and Colleen Hardwick were assumed by many to be preparing for a run for the mayoral nomination.

“I don’t see eye to eye with them, but I’m surprised the board wouldn’t be giving any of them a chance,” said Ms. Boyle. 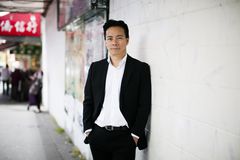 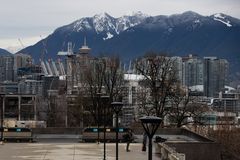 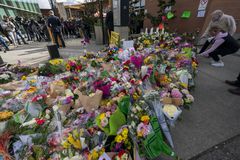