In 1986, former Vancouver mayor Gordon Campbell, recruited Gordon Price to run for council with the Non-Partisan Association. It was a bold move by Mr. Campbell, who later become premier, because no one openly gay had ever run for city council.

Mr. Price had made a name for himself as one of the founders of AIDS Vancouver and when Mr. Campbell came calling, Mr. Price was not an NPA member. He initially balked at the offer, thinking his values wouldn’t align with Vancouver’s establishment political party. But he was persuaded by Mr. Campbell, who was looking to broaden the party’s base, Mr. Price recalls. “He recognized that if you have the centre-left, the centre and the right, that would get you elected mayor and give you the majority on council.” It was a winning formula that led to a 16-year NPA reign.

Since then, the party has struggled, but never so much as in the past few days when one of its councillors resigned to sit as an independent.

Rebecca Bligh says she could not stay with the NPA after a recent takeover of the party’s executive by newly elected board members from the far-right. “It was quite clearly a well-organized group that came in with a plan,” she says.

Ms. Bligh says she could have lived with a board that included members with values that differ from her own. But she couldn’t abide that at its first gathering after the annual general meeting, the board elevated some of the most conservative members to top board positions. Ms. Bligh’s NPA colleagues on council, park board and school board all signed a letter supporting her decision, but so far remain with the party.

You can’t blame Ms. Bligh for wanting to distance herself from Christopher Wilson, a new NPA board member who worked for a news website that coined the misogynist slur “climate Barbie” to describe former federal environment minister Catherine McKenna.

And you can imagine her discomfort with other board members endorsed by the Let’s Vote Association, an anti-abortion group that defines itself as a defender of “traditional family values.” The group also opposes SOGI 123, a school program designed to help teachers make students of all sexual orientations feel included. Ms. Bligh says her decision to leave was personal, not tactical. “It was like, ‘how do I sit at the dinner table with my kids and my wife.’ ”

It’s hard to see how a hard veer to the right could be seen as a winning strategy in 2019, a time when gay marriage is legal, prime ministers march in pride parades and freedom from discrimination on the basis of sexual orientation is enshrined in the Canadian Human Rights Act.

Vancouver has long been one of the most socially liberal cities in North America, Mr. Price says. In the 1980s when Toronto was raiding gay bathhouses, Vancouver was considered a haven for gay men who became good organizers as they fought for rights and services for people with AIDS. Mr. Campbell noted the shift and wanted to capture that voting block, Mr. Price says.

The new NPA board makeup, which has distressed its moderate members, can only be explained as an attempt to stave off right-wing splinter parties by appeasing social conservatives. Two such parties stole votes from the NPA in the last election. Mayoral candidates from Coalition Vancouver and Vancouver 1st garnered 17,500 votes between them. Had those votes gone to NPA, Ken Sim would have won as mayor and the NPA would have held a majority. But don’t forget, there was a huge split on the left as well. The total votes cast for Mayor Kennedy Stewart and Shauna Sylvester, his top left-leaning contender, vastly outnumbered all those that went to parties on the right.

Vancouverites tend to vote NDP provincially and NDP or Liberal federally; there isn’t one Conservative MP in the city today. All this is to say, the shift in the NPA board is out of sync with the city’s political zeitgeist. By kowtowing to the right, the party risks losing support from the centre, including from the NPA candidates Vancouverites voted for in the last election. Left uncorrected, this board could lead to further defections and the end of Vancouver’s oldest political party. 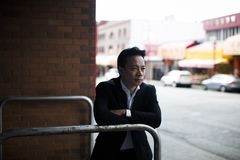 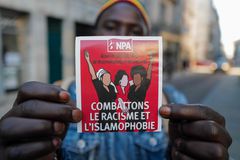 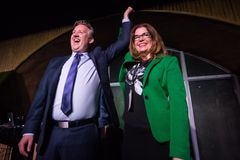