Fixing Vancouver’s broken development-approval and business-permitting systems needs to be a top priority for the city manager who is soon to be hired, say many Vancouver councillors.

Council members from different parties agreed that whoever replaces Sadhu Johnston, who left last month after more than five years in the position, needs to focus on the issue after they spent the last week dealing with a flood of stories about city-hall dysfunction when it comes to building housing or getting new businesses open in a timely way. The city expects to hire a new manager this spring.

The Globe and Mail reported earlier this month that business and building permits have been delayed for months over details and conflicting instructions on what to do. The story looked at major housing projects that have been stuck in limbo, sometimes for as long as five years, and decisions that actually prevented people from adding new housing units to their properties.

“I think it will be a big factor in who we hire,” Green Party Councillor Pete Fry said. “We need to focus on the business of running the city. And that’s got to be the priority, not performative gestures.”

Non-Partisan Association Councillor Sarah Kirby-Yung agreed that there needs to be something more to fix the situation than another review of regulations or permitting efficiency.

“I do think we need some fundamental change.”

Councillors Lisa Dominato, Melissa De Genova, Rebecca Bligh and Christine Boyle echoed those sentiments and the sense of frustration with the current situation.

Mr. Stewart and others also talked about other solutions needed in addition: better technology, so the city can track developments and permits more easily across departments; more emphasis on what the top priorities are; new processes to simplify permitting.

Developers, homeowners and business operators have complained for years about the city’s complex and inefficient system for permits and approvals.

But many have said that the situation has become markedly worse in the past couple of years, with staff slowed down by ever-more layers of policy, contradictory directions, internal dissent in the planning department over the requirements for large projects, and a cumbersome and unco-ordinated permitting system for even straightforward single-family house or laneway projects, along with basic business uses.

The situation seems especially dire at a time when Vancouver is struggling with an extreme crisis of housing unaffordability and a city economy that has been hard hit by the COVID-19 pandemic, where many businesses have struggled to stay afloat amid lockdowns and restrictions.

Business owners say they are baffled about the city’s go-slow approach when it comes to helping them out, especially the continued long permit waits for new ventures that are aiming to fill empty spots on commercial strips.

“We’ve been waiting for a permit for a year,” said Gulzar Nanda, who has been trying, together with his mother, to open a restaurant called Ms. Tiffin near Fraser and 45th. “We’re sort of stuck now.”

Mr. Nanda, whose family has run a jewellery business in the Main Street Punjabi market for almost 30 years, said he had taken over a restaurant that had been in operation for 20 years.

But when he hired a crew to do some painting and tile work to freshen it up, a city inspector issued a stop-work order and then said that the restaurant would have to be brought up to code, even though that had never been required of the previous owner.

In another part of town, dealing with a different issue, the owners of a historic house in Strathcona are trying to build an additional unit on their property.

First, Erica McCuaig and Jane Dean were told they weren’t allowed, so they had to provide the city with its own documentation from 20 years before guaranteeing them the right to do this.

Now they’re being told the house’s exterior walls and windows have to be made out of wood – even though that will be far more expensive, harder to maintain, and not visibly different from substitutes such as cement-based siding and fibreglass doors and windows.

Among the dozens of other stories that were reported by The Globe or that councillors heard via phone calls and e-mails the past week: 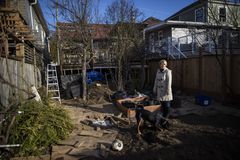 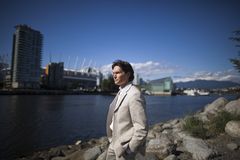