If the signs on construction sites and the official policies created by the city of Vancouver are anything to go by, many of the city’s older houses are being lovingly renovated and restored to enhance their historic character.

But that’s not true, many experienced developers and builders say.

The reality is that many of those restored homes are, in effect, new houses that merely simulate the shape and look of the old ones, say those who are struggling to reconcile the conflicting city goals that have led to this situation.

And, as a result, two benefits that city policies have identified as part of the push to save older homes – preventing a lot of building waste from going to landfills and providing affordable housing – are not being achieved.

That’s because the city government is trying to do two things at once: save heritage houses and meet new environmental standards.

So it has adopted programs that encourage home owners to preserve Vancouver’s diminishing stock of houses built before 1940. But its building code and other measures require new and even renovated houses to meet 21st-century standards for energy efficiency, accessibility and safety.

This can mean that, by the time the work is finished, the early-20th-century beams may be all that remains of the original house, according to many who work in the field.

“In a lot of our situations, we’re being pulled in two directions, and preserving the heritage building becomes unfeasible,” said Henri Belisle, the president of Burnaby-based TQ Construction, which does renovation and restoration work in the region. “I do feel like the city’s official motivations are good, but the applications tend to be in conflict.”

“It’s just a pretend restoration,” said Elton Donald, a partner at Kerr Construction and Design, a 30-year-old Vancouver company that specializes in new custom homes and renovations. “The policy becomes so onerous that it becomes impossible to retain much.”

And Bryn Davidson, a Vancouver builder of laneway homes and passive houses (which are designed to use as little energy as possible for heating and cooling), said the system caters to an increasingly outmoded idea of white settler culture.

“It’s about preserving the colonial character of neighbourhoods. It’s just sort of an aesthetic exercise. It’s not really a housing strategy,” he said.

Even though the city says the purpose of the character-home preservation policies is to reduce the amount of building material going to landfills, many renovations now produce as much waste as demolitions.

Smaller, partial renovations can also be affected, but the contradictions are the most glaring when the owner of a pre-1940s home is building an infill house.

A city policy initiated in 2017 allows homeowners to build laneway-type infill housing on their lots if they preserve the existing pre-1940s house. But if they want to sell the infill housing through a strata arrangement, the main house has to be upgraded to the current building standards.

(Stratification is a real estate mechanism that involves selling parts of properties separately, whether condos or laneway houses, that are on a common piece of land, without a subdivision.)

The idea of allowing the infills was to provide lower-cost housing in Vancouver’s often out-of-reach single-family neighbourhoods.

But because the cost of upgrading the pre-1940s house to 2020 standards is so high, many owners choose not to add laneway houses, or build them as rentals to avoid having to upgrade the main house.

As a result, it is more often professional builders who redevelop such properties and, to compensate for the high cost of renovating the older house, the price of the infill homes can be the same as every other form of new housing.

Several builders contacted by The Globe and Mail say the conflicting policies mean many houses end up as nothing more than general replicas of older buildings.

They told The Globe they understand and admire the city’s effort to preserve houses and to emphasize energy efficiency, even if trying to do both is often nightmarish.

At least one says that, as problematic as the policy encouraging the retention of character-houses might be, it provides one crucial benefit – more housing in neighbourhoods that usually oppose any new building that isn’t a single-family home.

“It’s the only program that allows densification without controversy,” said Marianne Amodio, an award-winning architect who has worked on heritage buildings that include the recently renovated Hollywood Theatre.

The conflict between heritage and modern standards comes up in any renovation of an older home. Even a small alteration to a space can trigger a requirement to upgrade a whole room or floor, which can force the owners to toss out mouldings, casings, doors, stairs and more.

“We have to do everything or nothing in a room,” Mr. Belisle said.

But the conflict is the most acute when the owner hopes to stratify and sell.

The retention policy applies to the standard residential zones that cover most of Vancouver, called RS-1, and the specialized zones in older areas such as Mount Pleasant, Kitsilano, Strathcona and Grandview-Woodlands that have many pre-1940s homes.

City staff developed the incentive program after years of objections from heritage advocates – and many residents of the west-side neighbourhoods that are among the city’s most expensive – over the rate of demolition in the past 20 years. Those advocates called the demolitions an environmental disaster because thousands of tonnes of still-good building material was thrown out.

But under the new building code, original stairs, doors, lighting, door handles and other fixtures can’t be retained.

Doors in older homes are typically 28 inches wide. The new requirement is 30 inches. Antique doorknobs have to be replaced by handles for accessibility. Many older houses must have new insulation if the siding is removed, which can reduce the size of the rooms.

Between that and the approximately $500,000 cost of building the new infill – along with the reduction in value of the main house because it no longer has as much land once a lot has been stratified – builders say a homeowner has little incentive to go that route.

Mr. Donald said a west-side resident recently enquired about constructing an infill but, when she found out how much it would cost and how little of her main house would remain, she backed off.

“You can’t sell the infill for enough to cover the costs,” he said. And she did not want to get rid of the old features of her house.

City officials quietly acknowledged the difficulties in a memo in June, 2019, and a briefing this summer to city councillors. In both, it was clear staff were concerned about why more people were not taking advantage of the program and why so little was being retained during renovations.

“Character-home projects provide a good model for the addition of housing choice in neighbourhoods,” the memo said. “The outcomes are generally supported as a good fit with existing low-density neighbourhoods. “However, the level of building retention achieved is low due to building code requirements and market expectations.”

The city plans to evaluate how much is retained in character-home renovations, but to keep the existing policy. (The memo is the only response from the city that was provided to The Globe on this topic.)

Builders themselves don’t always agree on how to improve the situation.

He retained little of the original houses beyond the studs.

“You get the old frame, you keep the shape of it, you can’t go outside that, and you keep the roofline and then essentially you build a new home around that,” Mr. Bruce said, standing in the yard of the 1910 Massey House, a former rental that he rebuilt into a side-by-side duplex out of the main house and a coach house in the back, each selling this year for about $1-million or more.

He said some buyers like the look of heritage but not the inconvenience. At one of the recent re-developments, he retrieved and reinstalled the old porch pillars that had been thrown into the basement, along with one banister post. But he did that out of personal interest, not because of any requirement.

But another builder thinks the city should let owners forgo the full renovation and still build infill if that’s what they want. For those, says Bryn Davidson, only cosmetic changes should be required on the main house to keep the cost of the new homes within reach.

“As soon as you trigger the upgrade, it’s just luxury.” 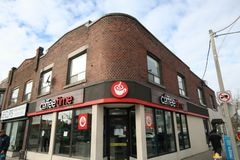 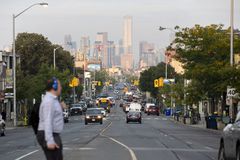