A B.C. venture capitalist who bluffed his way into the world of neuroscience last year will face off against the securities regulator in a Vancouver courtroom on Friday.

Michael Savage, 57, was reprimanded a decade ago for committing fraud after he misrepresented his telecom business and duped investors. He was fined $100,000 and banned from engaging in investor relations. But Mr. Savage never paid the penalty and is now countersuing the regulator, the provincial government and other parties for $480-million.

The B.C. Securities Commission is asking the province’s Supreme Court to dismiss Mr. Savage’s claim and extend its sanctions against him. Earlier this month, a Globe and Mail investigation revealed that Mr. Savage had last year tried to raise at least $5-million from investors for a brain-injury research startup.

To promote his venture called Nucleus Bio – which wasn’t a registered company – he intentionally misrepresented his business relationship with the University of Washington in connection with a brain donation involving champion B.C. bull rider Ty Pozzobon, according to e-mail correspondence obtained by The Globe through the state’s public records law. Mr. Pozzobon, who was 25 when he died by suicide in January, 2017, had suffered numerous concussions during his rodeo career.

Mr. Savage, who is chief executive and the sole director of M1 Capital, based in Port Coquitlam, B.C., also tried to exploit a US$25-million research partnership with the non-profit Society of Nuclear Medicine and Molecular Imaging (SNMMI) in an online pitch to investors. The significant funding deal was announced with great fanfare in Denver last June by former Pittsburgh Steelers team doctor Julian Bailes – the renowned neurosurgeon who had helped shift how the NFL deals with head blows, and who was portrayed by Alec Baldwin in the movie Concussion.

But Mr. Savage hasn’t provided any of the funding that he promised to the Virginia-based society or to the University of Washington. Both organizations distanced themselves from the venture capitalist after The Globe began investigating his Nucleus Bio startup.

The Globe found that Mr. Savage has a troubling track record that includes defrauding investors, evading taxes, lying about credentials, ignoring court judgments and fines, and failing to pay numerous employees, landlords and businesses over the decades. The long list of creditors includes the B.C. Securities Commission and the Canada Revenue Agency.

The securities regulator did not disclose whether it is looking into Mr. Savage’s most recent venture. “In order to protect the integrity of our investigative process, the BCSC cannot comment on the existence of investigations,” spokeswoman Alison Walker said.

“As these matters are before the Courts, I have no comment,” he wrote in an e-mail.

In his countersuit, he claims that he was wrongfully punished by the regulator in 2008 and that his Charter rights were violated.

Brain-injury experts in Canada and the United States said The Globe’s investigation of Mr. Savage serves as a cautionary tale for those working in neuroscience, where the competition for limited government funding is fierce.

Mr. Savage had vowed to revolutionize research in concussion and chronic traumatic encephalopathy. He even attempted to reel in several prominent brain experts to consult for his enterprise, including Ann McKee of Boston University. Dr. McKee had met Mr. Savage at an SNMMI symposium in Dallas last May. Mr. Savage offered to pay her US$2,500 per month, but he didn’t specify her consulting duties. She was suspicious and declined the offer after running it by Chris Nowinski, co-founder and CEO of the Concussion Legacy Foundation in Boston.

“Savage should be ashamed of himself. He wasted the time of a lot of scientists who otherwise would have been working on advancing CTE research,” Mr. Nowinski said. “We’ve all been waiting for a philanthropist to pledge tens of millions of dollars because they finally recognize the importance of understanding CTE; not only for athletes, veterans, and other victims of brain trauma, but as a gateway to understanding all related diseases. Unfortunately, Savage wasn’t the person he said he was.”

Partnering with venture capitalists to conduct research was unheard of two decades ago, said Douglas Zochodne, the director of neurology at the University of Alberta’s Neuroscience and Mental Health Institute. Nowadays, however, researchers are thinking of “creative ways” to fund scientific programs and Mr. Savage’s sales pitch seemingly hit a “sweet spot” with some neuroscientists, Dr. Zochodne said.

The University of Washington’s attorney-general’s office reviewed the interactions between the school’s doctors and Mr. Savage. Tina Mankowski, the medical school’s director of strategic communications, said the office did not find that the doctors acted inappropriately.

“While it is always unfortunate when an individual misuses the name of UW Medicine to misrepresent their affiliation with the university in any way, there has been no reason no doubt the propriety of the actions or intentions of any UW Medicine personnel in this matter,” Ms. Mankowski relayed in an e-mail. “If such an allegation were to arise, the university would certainly look into it.”

Investigation
The brain broker: How a B.C. businessman bluffed his way into the world of neuroscience 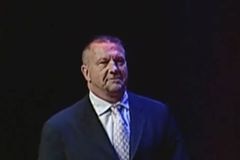 Follow Renata D’Aliesio and Allan Maki on Twitter @renatadaliesio @AllanMaki
Report an error Editorial code of conduct
Due to technical reasons, we have temporarily removed commenting from our articles. We hope to have this fixed soon. Thank you for your patience. If you are looking to give feedback on our new site, please send it along to feedback@globeandmail.com. If you want to write a letter to the editor, please forward to letters@globeandmail.com.
Comments are closed