Applications from Chinese tourists wanting 10-year visas to visit Canada were down by almost half this January compared with last, with immigration industry insiders pinning the drop in large part to the continuing political fallout from Huawei executive Meng Wanzhou’s arrest.

The number of applications for Chinese visitor visas in January and February of this year were 19,668 and 16,721, respectively, well below the numbers from one year earlier, when 36,406 and 23,108 applications were recorded, according to statistics collected by Immigration, Refugees and Citizenship Canada.

Total applications from all other countries remained within the normal cumulative range of the past several years, according to the data.

Ms. Meng, Huawei’s chief financial officer, was arrested on Dec. 1 at Vancouver International Airport, sparking one of the worst crises in Canada-China relations in decades as the United States seeks her extradition on fraud charges.

By comparison to the numbers in January of this year, last December was the second-busiest month in the past two years for Chinese visitor visa applications, with 81,652 in total.

While over the past four years fewer Chinese tourists typically have applied during the first few months of the year, Alexander Ning, a Richmond, B.C.-based notary public and immigration consultant, said these lower numbers show the Chinese government-sponsored campaign warning people not to go to Canada has been effective and is blurring the perception of what has always been an attractive tourist destination.

“Canada has a negative image attached to it,” Mr. Ning said. Another factor, he added, is that Chinese people have less money to spend now that their economy is weakening.

In mid-January, the Chinese government issued a travel advisory to its citizens warning them to “fully assess the risks” they might face if they go to Canada, where a “Chinese citizen” (Ms. Meng) was detained.

Chinese tourist visa applications trended upward after that, but April’s number hit 46,646, three-quarters of the roughly 60,000 applications received that same month in each of the past three years.

“If you live in China all your life you get used to their system, you don’t understand that in Canada we don’t grab other nationals just as a retaliation measure,” Mr. Ning said.

Yin Yin, a Burnaby, B.C.-based immigration consultant, said this messaging from the Chinese government seems to have affected the flow of visitors.

“They think Canada is not a safe country to visit because of the Meng Wanzhou issue,” Ms. Yin said. “There is no other issue that happened, so that might be the main reason.”

Ms. Yin’s agency, which secures student visas for young Chinese people and often helps their parents get visitor visas, said the political dispute, as well as competition from unlicensed consultants, has led to a drop of 10 per cent to 15 per cent in clients.

Rémi Larivière, a spokesman for Global Affairs Canada, said in an e-mailed statement that the department does not know why applications fell this year so dramatically, but added that January and February have usually seen the lowest level of this activity over the past several years. Mr. Larivière also said that the significant bump in applications last December was likely because of new rules effective at the end of that month (Dec. 31) forcing visitors from across Asia and the Americas to submit their fingerprints and photos when applying for most kinds of visas.

Total visa applications from around the rest of the world did not experience the same bump during that period, and numbers during the first half of this year remained only slightly lower when compared with the same period over the past three years.

Mr. Larivière added that in 2018, Chinese citizens received nearly 592,000 visas to visit Canada, an increase of a little more than 8 per cent from the year before.

With a report from Tom Cardoso 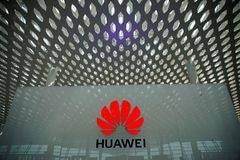 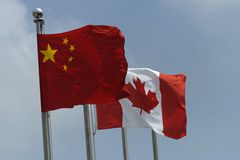 Trade tensions with China to be a key topic during Trudeau’s talks with Trump
Subscriber content
June 19, 2019 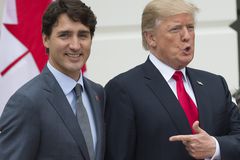