For three days, killer whale ecologist Jared Towers was part of an expedition that searched fruitlessly in the hostile waters around the Antarctic, hoping to document a mysterious group of killer whales that are believed to be a unique species, dubbed Type D.

Then, furious storms forced their ship to turn back and the B.C.-based Fisheries and Oceans Canada researcher, along with U.S. scientist Bob Pitman, remained at anchor for eight days off the southern tip of Chile.

“To be honest, morale had dissipated a bit," Mr. Towers recounted the January mission in an interview. “Our time was starting to run out.”

Once the hurricane winds had died down, the weather was still challenging. The international crew of scientists decided to take a pounding and return to the location. After a full day and night of sailing back to the site in rough seas, Mr. Towers and Mr. Pitman were up at 5:30 a.m. They headed to the bridge. With limited visibility, the odds were not good.

But in an instant, their luck changed.

"I looked out my side of the window and said, ‘Oh, killer whales. Type D!’ They were so close to the boat you didn’t even need binoculars. They were right there.” The men froze for a moment as it sunk in that they would not return empty-handed this time.

But a mere sighting wasn’t what they needed. The team was there to gather genetic material, acoustic recordings and other data to help establish whether these whales are, in fact, a fourth species of killer whale.

The two men dashed down the passageways to wake their fellow crew members, yelling the one thing that would guarantee a swift response: “Type D!”

The first documented evidence of the Type D killer whale dates back to 1955 when 17 whales were stranded on the New Zealand coast. Photographs – and a couple of skulls – were preserved. Since then, fishing crews have observed the whales picking off Patagonian toothfish from their lines.

But it was the rise of digital photography that began to build the case. With so many individuals able to capture and easily share high-quality images, Mr. Pitman and his colleagues had enough material in 2010 to publish a scientific paper in Polar Biology describing the whales.

They are distinguished from their cousins by their bulbous head, a pointed, swept-back dorsal fin and an unusually small white eyepatch that makes them instantly recognizable.

One of the official sightings that led to that paper was Mr. Towers'. At that time, he was one of the few killer whale experts in the world to catch sight of the Type Ds.

But it was nine long years before he had another opportunity.

Since his first sighting, he made multiple trips through these waters, sometimes on scientific expeditions and sometimes serving as a whale expert on cruise ships. But despite the weeks at sea, spending endless hours peering through binoculars, the whales remained out of sight.

“They are pretty elusive. Part of the problem is they live in one of the most inhospitable parts of the planet, notorious for strong winds and huge seas, so it’s really difficult to conduct cetacean [marine mammal] research there.”

The team returned with three DNA samples that are now being analysed at the National Oceanic and Atmospheric Administration Fisheries.

Mr. Towers said it is not clear that the whales will be confirmed as a distinct species. Whales can have their own culture, dialect, preferred prey and physical adaptations to their habitat, but even with those unique attributes, they may still be deemed a sub-species.

Mr. Towers is now back at his base in Alert Bay, off the northern edge of Vancouver Island, a region that has served as a hub for killer whale research for decades.

“The West Coast of Canada is the birthplace of research on killer whales," he said. Whether these whales prove to be a unique species or not, Mr. Towers will be part of the team that unraveled the mystery. 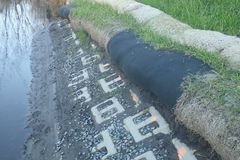 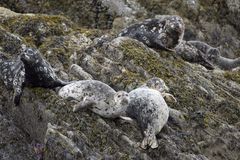 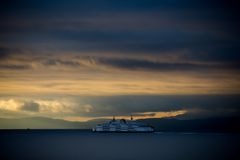