Upon hearing of plans for a massive St. Patrick’s Day party in downtown Vancouver, Mayor Kennedy Stewart had to spend part of his Monday last week making calls to Health Minister Adrian Dix and Vancouver Coastal Health to get a special order closing bars and restaurants in Vancouver the next day.

To ensure that he didn’t have to do something like that again on short notice, he had the city declare a state of emergency Thursday, enabling Vancouver to act on its own when needed.

When Calgary Mayor Naheed Nenshi watched the number of COVID-19 cases in his city spike, he declared a state of emergency last week, ordering bars and restaurants to cut their capacity in half or keep crowds under 250. He ordered public facilities like libraries and community centres closed.

Two days later, the province declared its own state of emergency, cutting down gatherings to 50 or fewer, and closing down casinos. But that wasn’t quite enough for the city, where the Calgary Emergency Management Agency also ordered that same day that anyone returning from abroad by any means stay at home for 14 days.

Across Canada, cities are enacting states of emergency and acting swiftly to clamp down on activities that mayors and councils believe are violating the spirit of public-health officials’ warnings. In the absence of orders from provincial health officers – who instead have been using moral suasion to get people to stay home before resorting to direct order – cities have given themselves specific powers to act on their own.

That has led to an unusual patchwork of local states of emergency throughout Canada.

The Canadian cities and mayors who have charged ahead with emergency declarations often say they think that they’re aware of and can respond to local conditions more quickly than provincial bureaucrats, who are dealing with crises on multiple broad fronts.

“The main advantage is that it allows cities to take on some of the actions needed,” said New Westminster Mayor Jonathan Coté, who presides over a compact and dense part of the metropolitan region with a population of about 70,000. As in Vancouver, his city’s declaration will allow local government to commandeer buildings temporarily if it has to find spaces for people to self-isolate.

Vancouver also used its powers later Friday to order all restaurants closed except for takeout and delivery, something that the provincial health officer hadn’t done at that point. (She did a few hours later.)

The province of Quebec was early in declaring a state of public-health emergency on March 13. But, while that closed many facilities and businesses in the province at the same time as the Premier urged people over 70 to stay home, it didn’t say anything about public gatherings.

So, in Côte Saint-Luc, Mayor Mitchell Brownstein declared a local state of emergency last Tuesday, which is valid for five days.

That allowed the borough, which has the region’s highest Jewish population and highest number of religious buildings for a city its size, to ban gatherings of more than 10 people. Mr. Brownstein said it was also for the benefit of the high number of seniors living there, according to local reports.

While some cities were out in front of provinces declaring states of emergencies, others followed provincial leads. The dual declarations – one provincial and one municipal – aren’t redundant because it allows both entities to act quickly, while giving cities the power to move ahead on specific local actions without having to get permission from higher up.

Still, other major cities, such as , Ottawa, Montreal and Edmonton have not moved to make such declarations, clearly feeling that the provincial declarations were sufficient.

Even without the benefit of a state of emergency, some cities are moving on their own to clamp down on activities they see as problematic. In Port Coquitlam, a small suburb east of Vancouver, Mayor Brad West closed public playgrounds last Thursday, while in Surrey, the province’s second-biggest city, Mayor Doug McCallum announced the same day that the city would shut down two daycares on its property to reserve spaces for the children of essential workers.

Stewart Prest, a political science professor at Simon Fraser University, said generally, municipalities are working with other levels of government so they “can be allies moving in the same direction.”

He said that there has been little disagreement on measures, unlike the United States, where mayors of cities have imposed their own rules and restrictions on businesses, city operations and public gatherings ahead of any state or federal declarations. In that country, early on there was a political divide over how seriously to take the pandemic.

Democratic Party mayors (and governors) have been more likely to move ahead when they are seeing little action from Republican politicians in the level above.

“There has been a strong undercurrent in American conservative circles to doubt that it’s serious at first,” Prof. Prest said.

Declaring a city state of emergency, he said “allows [cities] to maximize their ability to act without having to wait for approval.” 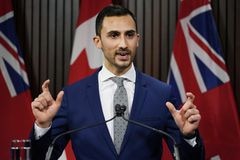 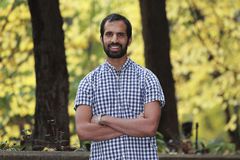