Five years of labour peace in B.C.’s classrooms could end this year, and bargaining is under way with the province’s teachers in a strangely quiet way.

Absent from this round is the usual bluster and public displays of rancour from either the B.C. government or the B.C. Teachers’ Federation. Acrimony has been the defining characteristic of relations between the province and the BCTF for decades, and it reached its zenith in 2014, with a strike that spanned two school years and shuttered classrooms for five weeks.

But in these bargaining talks, a large number of meetings have been set, no public demands have been made, and both sides say they want a deal wrapped up by June so that there is no threat of a disruption hanging over the school year that begins in September.

“The table is set different than any set of negotiations in the last 16 years. Our government is not seeking any concessions. We are seeking changes that will benefit teachers and students," Education Minister Rob Fleming said in an interview.

What those changes will look like, however, is far from clear.

“This is probably a more challenging and complex round of bargaining that the parties have experienced," said Alan Chell, chair of the British Columbia Public School Employers’ Association, representing the employers.

The complexity begins with the structure of the B.C. education system. There are 60 school districts across the province and each has its own contract language. Of them, 20 districts have no limits on class size and composition, making the delivery of education services an uneven patchwork.

The B.C. Liberal government stripped teachers of the right to negotiate class size and composition (the number of students with special needs) in 2002. In 2016, the Supreme Court of Canada restored the old contract language.

In response to the court order, the province hired 3,700 teachers in an attempt to meet those terms to reduce class sizes. That effort created a teacher shortage. Any proposal to impose class size limits on more schools would exacerbate the problem.

That the Liberals are gone, and the NDP is in power, does not assure a painless resolution of the contract. In fact, teachers have expectations for improvements that the NDP will have a difficult time meeting.

“The NDP was visibly supportive of us when they were in opposition,” noted BCTF president Glen Hansman. “They made a hue and cry about the court win, made all kinds of statements around the school closures over the years. We had thought there would be a bit more willingness to roll up our sleeves and figure this out together. That hasn’t occurred.”

The teachers’ union is unabashedly saying that this time around, it is intent on substantial wage improvements, as well as better support for students with special needs. But at the table, the negotiators will be bound by a public-sector bargaining mandate that leaves little room for wage hikes.

Two-thirds of British Columbia’s public sector has already reached agreements in this current round of bargaining, all of them within the government’s offer of 2-per-cent wage hikes in each of the three years.

And each union has a “me too” clause that dictates that if another union does better, they all get the improved terms. Which means, effectively, no one will, since even a 1-per-cent wage boost across the public service would cost the province an additional $390-million a year.

The only wiggle room is the opportunity to negotiate what the government describes as modest funding that can be used to drive tangible service improvements. The fund could be used to provide incentives to help recruit teachers in specific circumstances, such as French immersion teachers in rural schools.

There is a public interest in contract negotiations with B.C.'s teachers because their working conditions can have considerable influence on education outcomes. So it is worth considering the NDP government’s objectives in these talks. On both sides of the table, however, there is little clarity about where the province wants this to go.

The province’s statement on how it measures student success offers a hint. “While B.C. student success has been good, it is inconsistent," the vision statement acknowledges, pointing to significant differences in student outcomes that exist among Indigenous and vulnerable learners, and those between different regions of the province.

To close those gaps, the government says, requires “the courage to adjust and improve programs and policies that are not optimal for students.” An adjustment is coming in education, and it will have to be reflected in these talks. 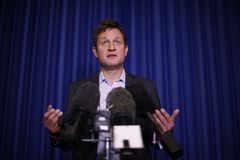