Canadians can expect more disruptive protests if the federal government pushes forward with the Trans Mountain pipeline expansion against the wishes of some of the Indigenous communities it will pass through, says a British Columbia lawyer and Indigenous negotiator.

In the last month, Indigenous people across the country set up barricades on train tracks, roads and bridges, in solidarity with Wet’suwet’en Nation hereditary chiefs, some of whom object to the construction of a natural-gas pipeline through their traditional territory.

The conflict laid bare the fact that nearly four decades after treaty rights were affirmed in the Constitution, Canada has not figured out what the “duty to consult” Indigenous people on decisions that affect their rights really means.

Cynthia Callison, a negotiator for agreements among Indigenous peoples, governments and private-sector developers, said while there are some distinct differences between the natural-gas pipeline and the Trans Mountain project, both projects have gone ahead despite the fact that not all Indigenous communities affected by the projects have given their consent.

Numerous elected band councils along the Coastal GasLink pipeline route agreed to the project and the B.C. government approved it. But it doesn’t have the collective backing of the hereditary chiefs of the Wet’suwet’en, who claim authority over the traditional territory of their nation that isn’t on a reserve.

“There will be conflict,” said Ms. Callison, a lawyer and member of the Tahltan Nation in northwestern B.C. “They clearly don’t have the support but they made a decision based on a model of risk – ‘Do we have enough Indigenous people that support this project?’“

Ms. Callison said the United Nations Declaration on the Rights of Indigenous Peoples sets a standard for “free, prior and informed consent” from Indigenous peoples for projects that affect their territories. At a Wet’suwet’en solidarity protest in Ottawa in late February, several protesters carried signs saying “consultation is not consent.”

Ms. Callison said even if the courts agree that just consulting on a project is adequate in law, it is not in the spirit of reconciliation, or the promise of nation-to-nation negotiation between Canada and Indigenous peoples, if a government or a company says it’s OK to proceed without having secured consent.

Furthermore, Ms. Callison said, different nations will have different thresholds for how many people have to agree, and every nation will have its own traditions about who gets to make that call, and what it considers acceptable accommodations for their concerns.

“You’re not going to find a definitive checklist based on what needs to be done to get support from Indigenous people,” Ms. Callison said. “If the company wants to rely on, or wants to risk going to court and having a court decide, that’s not in the spirit of getting consent.”

That lack of a clear road map is a major frustration for developers, said Calgary lawyer Maureen Killoran, who represents project proponents.

“When you can’t really graph what the result should be if certain hurdles are cleared, then that becomes very difficult for an investor or proponent to properly assess the risk of a project,” she said.

The evolution of the duty to consult in Canada is still relatively short, most of it since the Constitution Act of 1982 recognized treaty rights in Canada.

Many court cases have looked at whether particular processes to consult Indigenous communities have been proper. Ms. Killoran said the courts have not reached consistent conclusions.

The process generally begins with the company seeking to build something, but courts have made clear that the government, not the third party, needs to fulfill the duty to consult.

The Trans Mountain expansion project will build a second, bigger oil pipeline roughly parallel to an existing one between Edmonton and Burnaby, B.C.

In Trans Mountain’s case, its previous builder Kinder Morgan Canada recorded 24,000 engagements with Indigenous communities in 2012 and 2013, before it officially applied to the National Energy Board to proceed with the expansion. The National Energy Board then undertook its hearing process, engaging with 131 Indigenous communities and organizations. Some of the conditions the NEB placed on the pipeline responded to Indigenous concerns.

Then in early 2016, a few months after the Liberals came to power, the government announced it was extending the consultation with Indigenous communities by several months to make sure things were done properly. It would ultimately base its consultation on what the Federal Court of Appeal said the government did wrong when it approved a different pipeline, the Northern Gateway pipeline. The courts killed that project in June, 2016.

When the federal cabinet approved the Trans Mountain project for the first time in November, 2016, Prime Minister Justin Trudeau said his government had done what was necessary. The government was so confident that, in the spring of 2018, it bought the existing pipeline when Kinder Morgan Canada decided to walk away from it amid political turmoil.

But that confidence was misplaced: The Federal Court of Appeal said in August, 2018 that the government sent in “note-takers” to hear Indigenous concerns without any real plan to do anything about them.

The government then set out to do another round of consultations, hiring former Supreme Court justice Frank Iacobucci to oversee them in an attempt, once and for all, to get it right.

The communities that objected the first time still felt they hadn’t been listened to, and that the government’s process was a rubber-stamping exercise to appease the court. Last month, the Federal Court of Appeal disagreed, ruling the government had fulfilled its obligation.

The decision also said that while not all the concerns raised by the communities had been accommodated, requiring that would give the communities a “de facto veto” over the project and the law doesn’t require that.

Ms. Killoran said the industry sees that decision as clear and hopeful. Ms. Callison said that without consent, there will be more conflict. 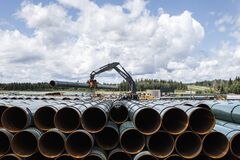 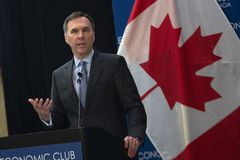