As a relative newcomer on the financial scene, Raven Indigenous Capital Partners is still making its name as what managing partner Paul Lacerte describes as an financial intermediary between private capital and Indigenous businesses.

The Vancouver-based company has several investments in its portfolio, including Cheekbone Beauty Cosmetics, an Ontario company run by Jenn Harper. In September, she appeared on the Dragon’s Den television show, but turned down an offer that would have involved giving up a significant equity stake in her business.

Instead, she struck a deal for a $350,000 loan, in the form of a convertible debt note, from Raven. Mr. Lacerte hopes the loan will help Ms. Harper build her business and turn into a potentially lucrative minority stake in the company.

For Mr. Lacerte, the Cheekbone capital deal is part of a bigger picture.

“Here’s what’s happening for Indigenous people here in Canada and around the world – I believe we are pivoting from just surviving, back into thriving again,” Mr. Lacerte said Tuesday in an interview. “A big part of what is fueling that transition ... is the emergence of an Indigenous economy that is in the image of our culture.”

That Indigenous economy features a “blended bottom line” that takes into account environment and social factors, as well as profit, Mr. Lacerte said.

Those ideas of transition, power and potential are expected to be a big part of the World Indigenous Business Forum, taking place this week in Vancouver.

The event, held annually since 2009, is held by the Indigenous Leadership Development Institute. Organizers say its purpose is to help Indigenous entrepreneurs connect with customers, investors and suppliers.

Keith Henry, president of the Indigenous Tourism Association of Canada, said the conference fosters connections between businesspeople and reflects growing interest in specific sectors, including tourism.

“For Indigenous tourism globally ... there are not a lot of international sector initiatives going on to help raise the profile and connections among Indigenous leaders,” he said. “So I think this is a great platform ... it’s got a great vision for what it is trying to do.”

The forum is created by and for Indigenous people, says Andrew Carrier, ILDI chair. The three-day event is expected to generate about $5-million in economic activity in Vancouver through things such as hotel stays, restaurant visits and day trips as well as future business, Mr. Carrier said.

The forum includes speakers from the United States, New Zealand and Chile.

Audrey Mascarenhas, president of Calgary-based Questor Technology Inc., is scheduled to give a keynote presentation titled, “Regeneration of natural resources with respect and balance.”

She said she was invited to speak at the forum after giving a speech in Banff last year on a conference about Indigenous solutions to environmental challenges.

Ms. Mascarenhas, whose company makes waste combustion systems that reduce or eliminate flaring of waste gases, says she has been struck by a confrontational approach taken by both environmentalists and business that pushes potential solutions to the sidelines.

“For some reason, we have it stuck in our head that we have to have one or the other – there doesn’t seem to be room to have energy and environment in the same sentence,” Ms. Mascarenhas said.

She said her company may be working with Indigenous communities in countries including Mexico, which has set ambitious goals for reducing climate-changing emissions. 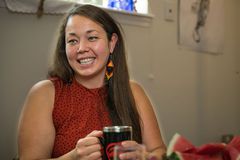 Trudeau government to provide $6-million to Indigenous groups for work in energy projects in B.C. and Alberta
August 14, 2019 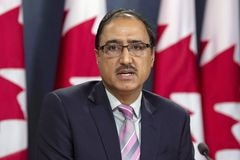