Considered one of the most prestigious scholarships in the world, the Rhodes provides funding for two years of study at the University of Oxford. It has launched the careers of hundreds of prominent Canadians in fields as diverse as medicine, law, academia and politics. Eight of the 11 winners of the 2020 scholarships are women. The awards are granted on a regional basis, with one winner from B.C, three from the Prairies, two from each of Ontario, Quebec and the Maritimes, and one from Newfoundland. Richard Pan, Canadian secretary of the Rhodes Trust, said the scholarships recognize what he called timeless virtues: leadership, intellectual excellence, strength of character and a commitment to service.

In June, 2019, the city of Chennai, India, had reached “Day Zero.” Taps were empty. There was almost no water left, save what could be brought in by truck to keep the drought-ravaged city of eight million running. For Sai Shanthanand Rajagopal, a Harvard student working at an HIV/AIDS clinic in Chennai that summer, the climate crisis had never seemed more urgent. A few months later, Mr. Rajagopal ran as a Green Party candidate in the Canadian federal election.

“I realized that climate change wasn’t in the future, the way we sometimes describe it in Canada. It was definitely here,” Mr. Rajagopal said. “I told my professors, ‘Look, the climate crisis is now so I’m not going to be in class,’ and a lot of them were very understanding. They said just come back whenever you’re done with the election.” he said.

He finished a distant fourth in Winnipeg North with only 3 per cent of the vote, but plans to run again.

Born and raised in Winnipeg, the son of an IT professional and stay-at-home mother, Mr. Rajagopal moved to Memphis, Tenn., in high school. He got interested in human genome research, but didn’t have a computer powerful enough for the tests he wanted to run. He wrote to a Johns Hopkins professor, who was impressed with his ambition and invited him to campus. That professor ended up writing a letter of recommendation, which helped Mr. Rajagopal get into Harvard.

At Harvard he developed an interest in biomedical product design and gender studies. He’s now working on a new design for a prosthetic penis. Having worked with trans people in India, he heard about costly and unreliable implants. He also heard about how important it was in Indian society for some trans people to be able to empty their bladders standing.

“I thought, okay, I have a lot of engineering design skills. Let me try to build something that works for people, and that’s cheaper as well," he said. “In product design we’re not necessarily thinking, ‘Does this improve the quality of life of a patient.’ … Looking at issues like that is really important to me, and I realized a lot of that is driven by people’s cultures and their own histories.”

Mr. Rajagopal plans to study the history of medicine, science and technology at Oxford.

Isabelle Roach was sleeping on a bus surrounded by her volleyball teammates when she received the phone call from the Rhodes committee telling her that she had won. The sound of her phone jolted her awake and a hush fell over the bus as teammates listened in and gradually sensed that she was hearing good news. When she finally hung up, they erupted in cheers of joy.

“It was pretty incredible,” Ms. Roach said. “Some of the girls didn’t know what the scholarship was, so we had to kind of explain it. But most of the girls did, and they were very, very excited for me.”

Ms. Roach, a captain and setter on the King’s College team, described herself as a perfectionist from an early age. It’s a characteristic that has both advantages and drawbacks, she said. While she’s driven to do her best, she can also be hard on herself. She remembers the influence of a middle-school teacher who told her it was okay to pursue subjects to great lengths and to want to achieve as much as possible.

Ms. Roach grew up in Halifax, where her mother is a visual artist and her father a professor in the business faculty at Dalhousie. She went to King’s College for its Foundation Year program, which emphasizes classic texts, and described it as a transformational experience.

“It really changed the way that I think, made me a lot more critical. And frankly, even though it was an arts program, made me a much better science student,” she said.

Ms. Roach pursued an honours degree in biology and was drawn to work in neuroscience. Growing up as an athlete, she had seen friends suffer concussions that ended their sporting careers early. She was able to work in a lab at Dalhousie looking into the effects of repeated concussions.

“It's something where I can see the real world implications of the research,” Ms. Roach said.

She plans to take a one-year master’s in neuroscience at Oxford, followed by another in global health and epidemiology. Eventually, she’d like to return to Canada to study medicine.

Nina Acharya grew up the daughter of an Air Force-trained Air Canada pilot with a PhD in economics and a pediatric intensive-care specialist. It may have been the years of visiting the hospital with her mother that led Ms. Acharya to study medicine at McMaster, but it was her father who taught her how to travel with a single carry-on bag.

There was a military strict “one man, one kit” rule on family holidays growing up, Ms. Acharya said.

From her early years at Westboro Academy in Ottawa, Ms. Acharya was an adept student.

“I remember telling a friend that I didn’t do too well in kindergarten because I didn’t like colouring that much, but other than that I’ve always been that person that loves going to school,” she said.

She went to Cornell University in upstate New York, where she studied human biology, health and society, and was named among their top graduating students.

At Cornell she took an interest in nutrition and public health. She studied vitamin D consumption in Northern Canada, where the lack of sunlight and the high cost of some foods, along with changes in diet, have contributed to lower levels of vitamin D in some parts of the population.

“I remember my supervisor telling me he really liked nutrition because it was an easily modifiable risk factor for so many kind of diseases,” Ms. Acharya said. “And I loved how applicable it was, and how theoretically easy it was to modify.

“In a health system such as Canada, we probably aren't doing something right if children under our care are still suffering from rickets,” she added.

A lifelong dancer, Ms. Acharya was president of her university’s Bollywood dance team. She said she was surprised at how much of her Rhodes interview focused on dance, although she knew the committee seeks well-rounded candidates.

She happened to be with a group of dance friends when she got the phone call informing her she had won the scholarship.

“It was really nice to be with kids I had known since I was three or four years old and they all knew I was waiting for the call because I kept looking at my phone every two seconds,” she said.

Ms. Acharya said she plans to study population health at Oxford. She intends to go into pediatrics once she returns to medical school after two years in England. She hopes to eventually do research and clinical work as well as contribute to policy.

Rory Hills talked a lot in class when he was young. So much, in fact, that his teachers may remember him as disruptive, he said. Even in his first years at university he was unsure if he was on the right path. It was only once he got involved with research that he threw himself into his studies.

Growing up in Victoria, Mr. Hills was a competitive swimmer and drawn to the outdoors. From an early age, he was interested in big questions. He remembers his mother, a health-care administrator, teaching him that policies are never just facts and figures on a balance sheet. When a government opens a new hospital bed, for example, a family will feel the impact.

It was at a debate in high school that Mr. Hills met Andrew Weaver, leader of the BC Green Party. Mr. Weaver hired him as an assistant, which Mr. Hills describes as a formative experience. He worked with people struggling to achieve their policy goals from a position of relative political weakness.

“It was really inspiring to work with someone that put evidence and ethics above political considerations. At the same time, it could also be really devastating. We would spend a lot of time working on something, writing the speech, trying our best to change things and it would just hit a brick wall because we were single vote in a [legislature with a] majority government,” Mr. Hills said.

In university, he worked on a project that aimed to curb some of the harms of the opioid crisis. He volunteered to test the composition of street drugs to protect users from potential dangers, including accidental overdose. The teams would set up analytical chemistry testing stations where drug users could find out within about 20 minutes what their drugs contained. He said in a four-hour shift as many as 15 people would use their services. 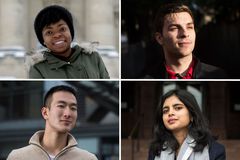 I should have been better prepared for life off campus
June 21, 2018 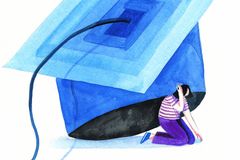 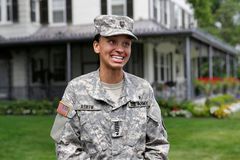