From excuses and lies to unresponsive silence, Canadian university students refuse sex in myriad, complex ways – often never using the word “no,” or any words at all, according to a new study whose authors are urging educators to consider more nuanced sexual-consent campaigns if they hope to resonate with young people in their intimate lives.

Within campus culture, most sexual-assault prevention initiatives push clear, verbal communication as the gold standard to convey consent, or lack thereof. This includes the widespread “No Means No” slogan popularized in the 1990s, as well as newer “Yes Means Yes” campaigns that stress affirmative, enthusiastic consent.

What’s missing from much of consent education, experts say, is the innuendo involved in sex. While well intentioned, the assertive messaging of Yes Means Yes and No Means No campaigns often fails to account for the subtle cues young adults use to communicate during intimacy, according to the study, published online this month in The Journal of Sex Research.

Campaigns that stress loud, verbal nos and yeses don’t "culturally stick with how people talk,” said Tiffany Marcantonio, a doctoral student at the University of Arkansas who co-authored the research. “In reality, young adults are not … embracing these movements. They’re finding them awkward and uncomfortable.”

To find out how young adults actually communicate consent in bed, Marcantonio and Kristen Jozkowski, a professor in applied health science at Indiana University, asked 615 university students (471 of them from a university in Ontario) how they had rebuffed sex with a partner in the past. In an online survey, their answers – 1,543 of them – were all over the map.

Some students had been forthright, telling partners they were uncomfortable or not in the mood. Others lied about not having a condom or being on their period. Some physically pushed their partners away, while others grew quiet and detached (“I tried to be extremely distant!” wrote one student. “I showed signs of discomfort,” wrote another). Some who were not interested in one form of sexual activity bartered it for another (“I also offered to give oral sex; however, they did not pressure me and we just watched TV together,” one student explained).

Approximately 53 per cent of all refusals included some version of the word “no.” But another 37 per cent consisted of excuses or non-verbal signs. The researchers argued that sexual assault prevention campaigns need to make clear that such subtle cues are just as “sincere and legitimate” as the word “no."

“When you see someone pushing you away, or when they’re not making eye contact, or they’re not responding to your behaviour, these are signs to check in with a partner, signs that someone’s not comfortable with what’s going on,” Marcantonio said.

The researchers found that partners in relationships were more comfortable conveying their feelings explicitly than people involved in intimate encounters with acquaintances, friends or first-time partners. In casual relationships, people were less direct: They’d push the other person away, move away themselves or leave.

The survey also found that young men who refused sex did so in much the same way young women did – a kind of universal language, spoken and unspoken.

“What we’re seeing across study after study is that men and women are communicating similarly,” Marcantonio said. “Maybe we could talk more about respecting and really listening to somebody’s refusal and consent cues instead of suggesting this happens because people don’t understand each other.”

Some experts argue that young people disengage from overly simplistic sexual-assault prevention campaigns because they don’t speak to the difficult and sometimes ambiguous intimate situations they struggle with.

“The programs need to be more realistic because if the programs continue to be idealistic and continue pushing a message that doesn’t resonate with the reality, no one will follow. Everyone will say, ‘Well, that’s not the real world,'" said Terry Humphreys, who is editor of The Canadian Journal of Human Sexuality and researches consent.

Eva Bloom, a Toronto sex researcher and online sex educator, strongly recommends prevention programming that gets students working through sample situations to better understand consent. “It becomes more concrete and people can see how it applies to their real life,” said Bloom, 23.

With her online sessions, Bloom hopes to give young adults the tools to check in more meaningfully throughout intimacy.

“My philosophy on teaching consent," Bloom said, “is moving away from there being this singular moment where you say ‘yes’ or ‘no,’ to talking more about how sexual communication is ongoing."

Many Canadians aren’t clear on the definition of sexual consent: survey
May 8, 2015 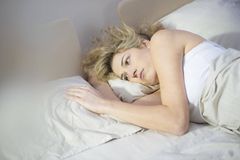