Partnerships between public and private colleges, which have brought thousands of new international students to Ontario, carried unacceptable risks to the students, the province and the quality of education, says a report for the provincial government that led to a moratorium on the programs.

The report was obtained by The Globe and Mail through freedom of information legislation.

“We are definitely complying with the directive, but at the same time, we are trying to make sure that people understand the story,” said Bill Best, the president of Cambrian College in Sudbury, which has a partnership with Hanson Canada. International students can study at Hanson campuses in Toronto, Brampton, Ont., and New Westminster, B.C., but receive a Cambrian credential. The agreement has made many international students, both current and potential, aware of the Sudbury campus, Mr. Best said.

“We’ve been able to leverage the relationship with Hanson and now we have representation from 32 countries in Sudbury,” Mr. Best said.

Cambrian is one of six Ontario colleges which have agreements with private colleges to deliver curriculum and diplomas from the public institutions in 10 GTA locations owned by the private partners. Under the deals, the private colleges receive most of the fees paid by international students and remit a percentage to the public colleges — as little as 10 to 15 per cent, the study says.

The deals led to an increase of almost 5,000 international students between 2015 and 2016, and $30.5-million more in projected revenue at the six institutions in 2017, according to the study, which was commissioned by the Ministry of Advanced Education and Skills Development (MAESD) and completed by a consultant to the government.

Significant risks accompanied these benefits, the report said. The government does not have the tools to monitor the quality of the student experience at the private-branch campuses, including whether they are meeting academic standards, providing support services and whether students are satisfied with the program.

“The potential risks should be a deep concern for government,” the report says.

In addition, the provincial government told the colleges that their agreements are not consistent with the intent of the federal government’s policies for recruiting international students.

International students who graduate from a Canadian postsecondary institution can receive a work permit equal to the length of their studies, giving them Canadian work experience and improving their chances of settling here permanently.

While private career college graduates do not normally receive work authorization based on their credentials, those enrolled in the joint public-private programs are able to receive a work permit because their degree is from a public institution.

“If private providers could confer [work permit] eligibility through their own credentials, they would have little or no incentive to partner with a public institution,” the report said.

All current international students and any future students from abroad who will enroll between now and September, 2019, will be able to finish their programs, Ontario colleges promised.

“These [agreements] will stay in place while we are planning directly with our partners,” said George Burton, the president of Canadore College in North Bay, Ont., which has a partnership with Stanford International College. “The timelines are not imminent.”

His college has been talking to the federal government about how to make more remote areas of Ontario attractive to potential immigrants, he added.

“We have certain limitations on how many international students we can [recruit], so we do not have the same attraction as a Toronto, Montreal and Vancouver,” he said.

One model under consideration is the Atlantic Immigration Pilot program, which gives international students with a permanent job offer from a regional employer immediate permanent residency on graduation.

Over the next 10 to 15 years, declines in the college-aged population in Ontario will have a disproportionate impact on remote and northern postsecondary institutions, raising questions about their sustainability.

The partnerships with the private colleges were a logical and entrepreneurial response to such challenges, the report said.

Winding them up will require the government to address how postsecondary funding is distributed, the college presidents said, starting with examining why colleges receive less money for every student than universities.

Colleges receive $2000 less for every student than universities, according to figures from Colleges Ontario, the group representing all of the sector’s 24 colleges. 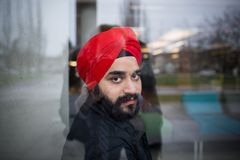